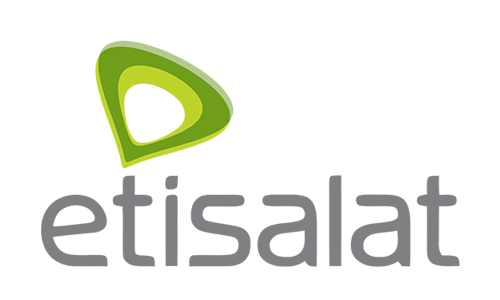 The loan restructuring talks embarked upon by Emerging Markets Telecommunication Services Limited, also known as Etisalat Nigeria, has collapsed.
This has led to the take-over of the company by Access Bank Plc and others that gave the company loans totalling N541 billion.
Etisalat, with its parent company in the United Arab Emirate, on Tuesday confirmed the change off its shareholding structure, which was announced to the Abu Dhabi Stock Exchange on Tuesday.
The parent company has been instructed to transfer its 45 per cent stake in Etisalat Nigeria to a loan trustee, that is Access Bankk Plc, after debt restructuring talks with lenders failed.
The company confirmed this equally on Tuesday.
The Abu Dhabi telecoms company said in a statement that Etisalat Nigeria had been in talks with Nigerian banks to restructure a $1.2 billion loan after missing repayments.
The company said that the discussions failed to produce an agreement on restructuring the debt.
Etisalat said it had been notified to transfer its stake by June 23, adding that the stake had a carrying value of zero on its books.
Etisalat said its financial exposure to Etisalat Nigeria was related to operational services worth 191 million UAE dirhams ($52 million) and that discussions were ongoing with lenders regarding the use of the Etisalat brand.
In Nigeria, the company’s Vice President, Regulatory and Corporate Affairs, Ibrahim Dikko, said in a statement: “Emerging Markets Telecommunication Services Limited also known as Etisalat Nigeria has announced the commencement of its restructuring with changes to its shareholding. As it had earlier stated in a release, the negotiations with the consortium of Lenders are considering a number of possible options.
“Etisalat Nigeria can now confirm the first stage of this has begun with a change in shareholding which was announced to the Abu Dhabi Stock Exchange this morning.
“Etisalat Nigeria can confirm discussions are on-going regarding other issues such as the trading name during this transition phase. Operations and services to our subscribers remain normal and will in no way be affected as we continue to deliver quality services to our subscribers. We will continue to tap into the rich, creative and innovative resources within our workforce to build a stronger business upon the stable foundation we have laid in our 9 years of operations.
“Etisalat Nigeria wishes to express its profound gratitude to the Government, the Nigerian Communications Commission, (NCC) and the Central Bank of Nigeria for their patriotic zeal and tireless efforts at ensuring collaborative and productive engagement. We are also appreciative of the tremendous support we have received from the media since inception and we count on their continued support as we transition to a stronger business. We will update our stakeholders and the public on further developments shortly.”