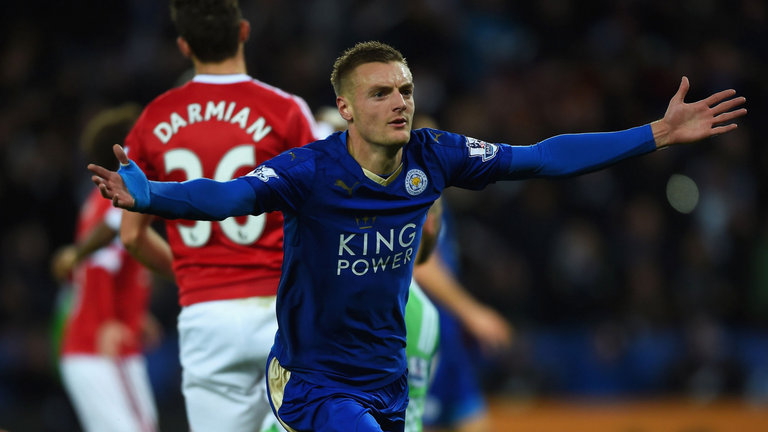 Leicester City have recorded a 3-0 victory over Arsenal in Sunday’s Premier League fixture to boost their chances of earning a place in next season’s Europa League.
Arsenal were reduced to 10 men in the first half when Ainsley Maitland-Niles was given two yellow cards, and Leicester capitalised after the break through a Youri Tielemans header and a late double from Jamie Vardy.
Arsenal have now suffered three straight defeats in the Premier League, and it leaves the Gunners sitting in fifth position in the standings, with achieving a top-four spot currently out of their hands.
Leicester wasted little time in going on the front foot, and Jonny Evans should have perhaps done better with a header from by the penalty spot after being found by a deep free kick.
Youri Tielemans and James Maddison also had opportunities from the edge of the area, and it led to Unai Emery becoming animated on the touchline with this side failing to get to grips with their hosts.
However, Arsenal could have opened the scoring midway through the first half, but Alexandre Lacazette miscued a volley wide of the post from 12 yards after being found by Alex Iwobi.
Leicester went back on the offensive with Maddison seeing a low effort from an acute angle well kept out by Bernd Leno, before the goalkeeper managed to claw Wilfred Ndidi’s header away from the top corner shortly afterwards.
Jamie Vardy then fired over the crossbar after latching onto a ball over the top of the backline, but Arsenal responded with Pierre-Emerick Aubameyang playing the ball into the path of Iwobi who had a low effort kept out by Kasper Schmeichel.
However, the visitors were reduced to 10 men with nine minutes of the first half remaining.
Maitland-Niles made a mistake on the halfway line, and the right-back reacted by tripping Maddison rather than allowing Leicester to continue their counter-attack.
Leicester sensed that an opening goal was not too far away, but Arsenal managed to reach half time on level terms with Leno keeping out Vardy’s strike at his near post.
Emery introduced Laurent Koscielny before the restart, but the presence of the experienced Frenchman did little to prevent Leicester from keeping Arsenal penned in their own half.
The Foxes continued to build momentum before finally taking the lead before the hour mark, with Tielemans meeting a cross from Maddison to power a header into the bottom corner from 12 yards out.
Arsenal were showing very little at the other end of the pitch, and it only encouraged Leicester to press forward in search of what would almost certainly have been a match-clinching second.
Tielemans sent a 30-yard curler marginally wide of the far post, while Leno had to remain alert to keep out efforts from Ricardo Pereira and Marc Albrighton inside the area.
Arsenal attempted to find an unlikely equaliser during the closing stages, but the North London outfit’s backline was undone as Vardy got on the scoresheet on two occasions.