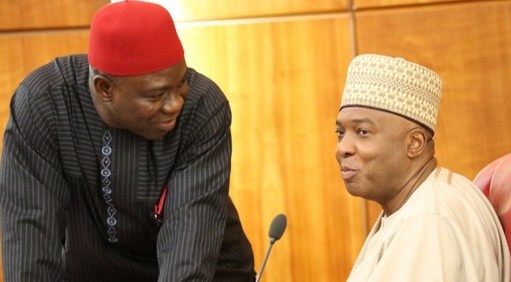 The Economic and Financial Crimes Commission has invited the Deputy President of the Senate, Dr. Ike Ekweremadu, for questioning.
The invitation letter, dated July 24, 2018 (today), also asked him to report on the same day at 10am.
The letter of invitation came a few hours after the invasion of Ekweremadu’s home by operatives of the EFCC, Department of State Services and the Nigeria Police.
The letter, signed by the agency’s Director of Operations, Mohammed Umar Abba, said Ekweremadu was wanted in a case of abuse of office and money laundering.
Coming on the same day the residence of the President of the Senate, Dr. Abubakar Bukola Saraki, was invaded by the operatives of the DSS, EFCC and the police, and he was asked by the Inspector General of Police, Ibrahim Idris, to report at the Office of the Intelligence Response Unit, there were fears that a change in leadership of the Senate was being plotted.
Senator Ben Murray-Bruce confirmed this fear on Tuesday.
In a tweet after the invasion of the residences of Saraki and Ekweremadu, Murray-Bruce urged senators to head in the direction of the Senate to prevent a forced change of leadership.
However, as at press time, Saraki had arrived in the National Assembly.
He was presiding over a closed door session of the Senate as at press time.
It could, however, not be confirmed if he honoured the invitation of the police before heading to the National Assembly. 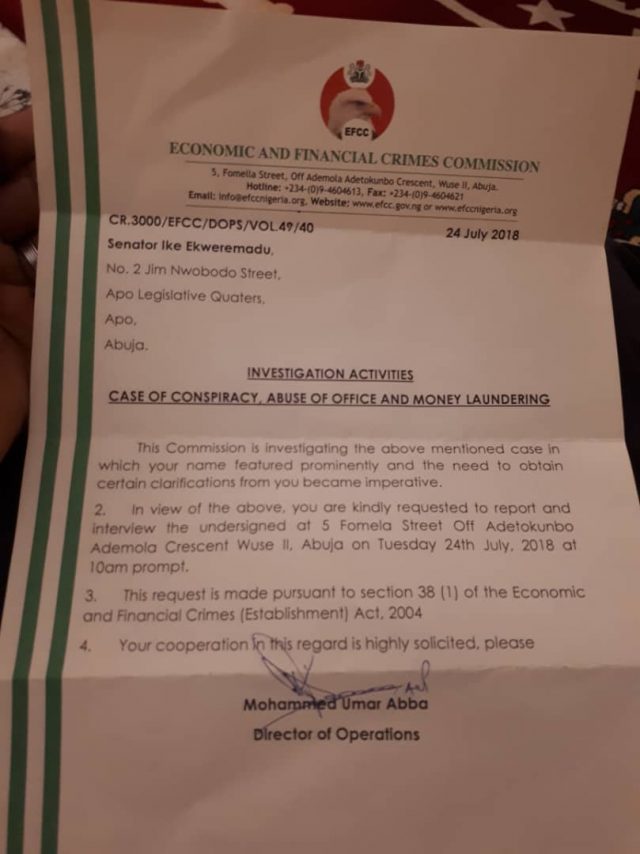