Unknown persons have abducted the representative of Kogi West Senatorial District, Senator Dino Melaye.
Senator Ben Murray-Bruce revealed this on Thursday in a tweet on his Twitter handle.
Murray-Bruce said Melaye was abducted by known persons, while he was on his way to Kogi State for a court hearing.
He said Melaye’s brother, Moses Melaye, informed him of the abduction.
Murray-Bruce tweeted at about 11am: “I have just been informed by Moses Melaye, @dino_melaye’s brother, that Dino has been abducted by unknown persons in a Toyota Sienna that blocked their car and overpowered them on their way to Kogi to answer to Dino’s court case. Let’s be on the watch out. Will keep you updated.”
Senator Melaye has multiple cases against him.
In one of the cases in Abuja on Tuesday, Melaye was granted bail.
He was charged for attempted suicide and damage to public property.
The case was based on the failed attempt by Melaye to jump out of a police vehicle after his arrested by a police team. 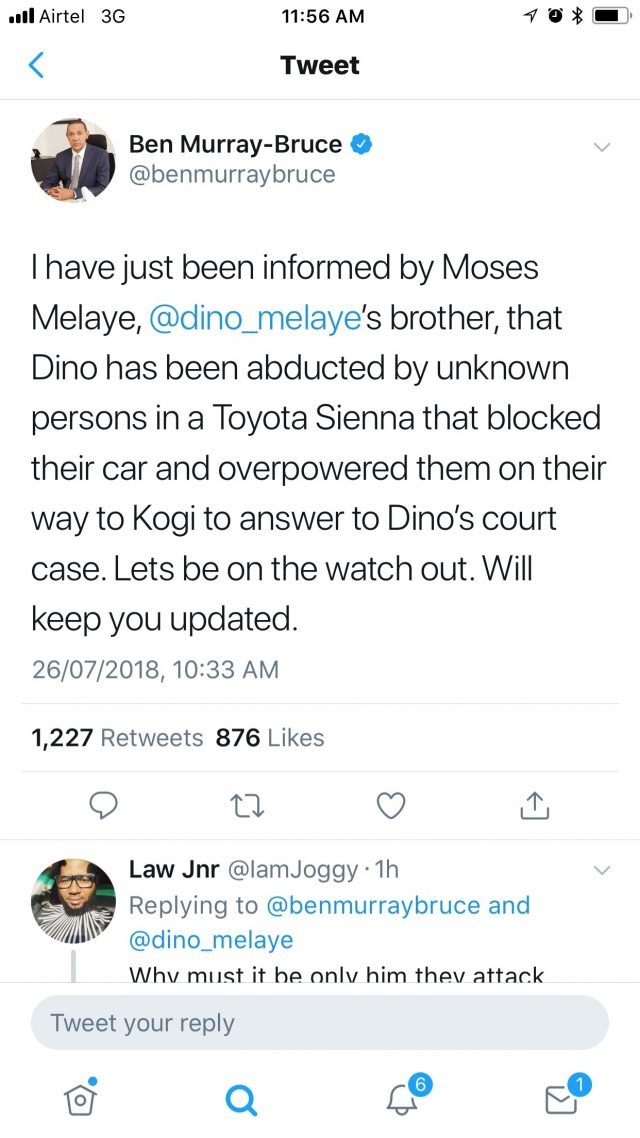 Court jails Corps member, one other over love scam

Bandits again abduct over 50 passengers in Niger State, cars burnt in another incident