President Muhammadu Buhari has reconvened the meeting of the National Security Council, which started on April 30, at the Presidential Villa, Abuja.

The News Agency of Nigeria reports that the meeting was called by the President to continue deliberations on issues of national security concern.

Those in attendance at today’s meeting include Vice-President Yemi Osinbajo; Secretary to the Government of the Federation, Boss Mustapha; and Chief of Staff to the President, Prof. Ibrahim Gambari. 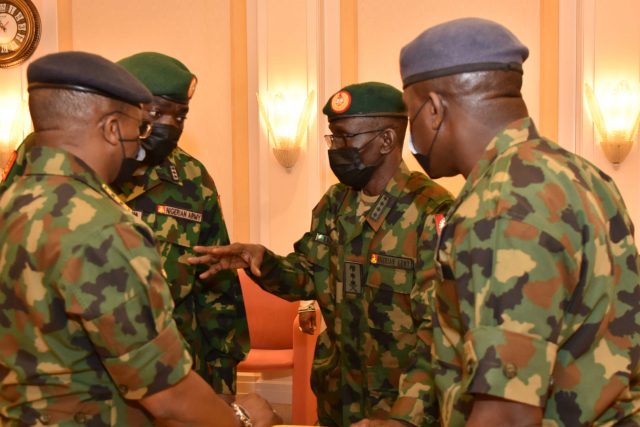 What if we wake up tomorrow to a coup in Nigeria?, by Festus Adedayo

Serial killers nabbed in Osun reveal shallow graves they buried their wives, others in Benue