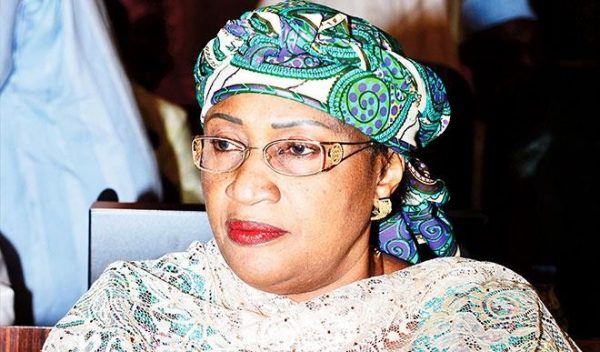 The Minister of Women Affairs and Social Development, Senator Aisha Alhassan, has resigned as a member of Federal Executive Cabinet and also that of the All Progressives Congress.
The Minister’s resignation from the FEC and the APC was contained in a letter to President Muhammadu Buhari through his Chief of Staff, Abba Kyari.
Alhassan, popularly known as Mama Taraba, was disqualified from standing for the governorship primaries of the APC in Taraba State by the National Working Committee of the party.
The National Chairman of the party, Adams Oshiomhole, attributed her disqualification to disloyalty and pride exhibited during her screening.
The Minister had before now said she will support a former Vice President, Alhaji Atiku Abubakar, for the 2019 presidential election even if President Buhari seeks reelection.
Alhassan had in an earlier video recording during a Sallah homage to Abubakar referred to him as President-in-Waiting in 2019.
However, the Minister, in her resignation letter, described her disqualification as grave injustice, adding that there is no need to remain in the party. 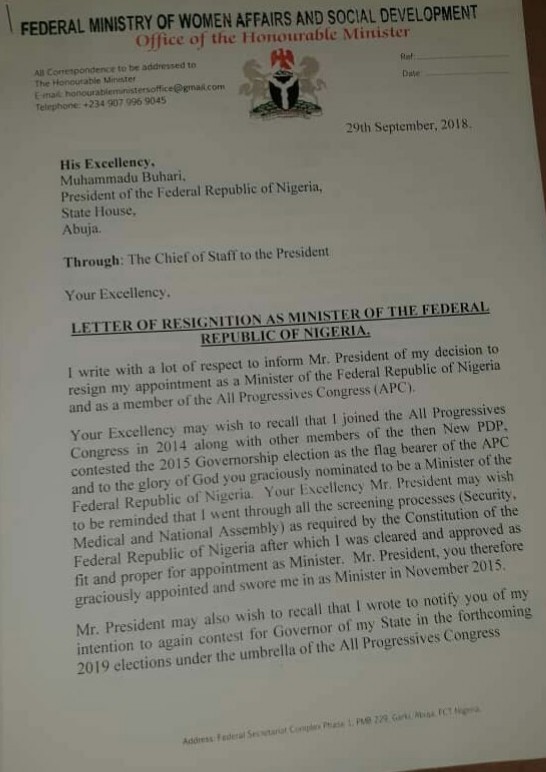 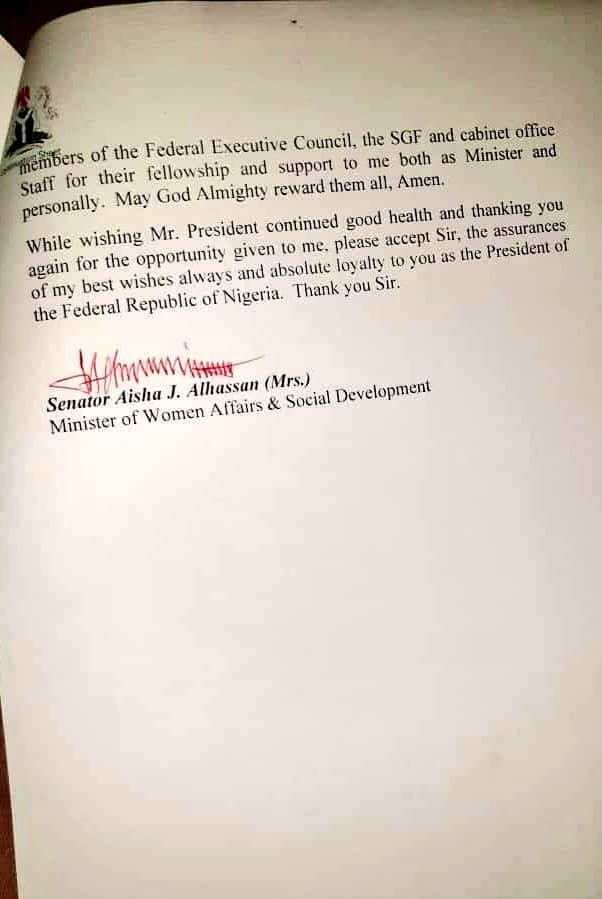 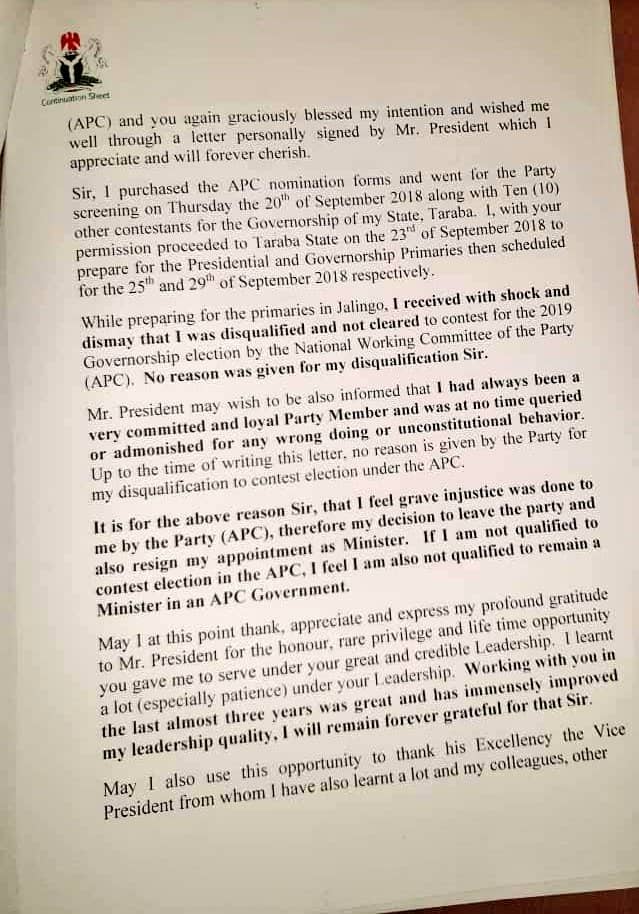