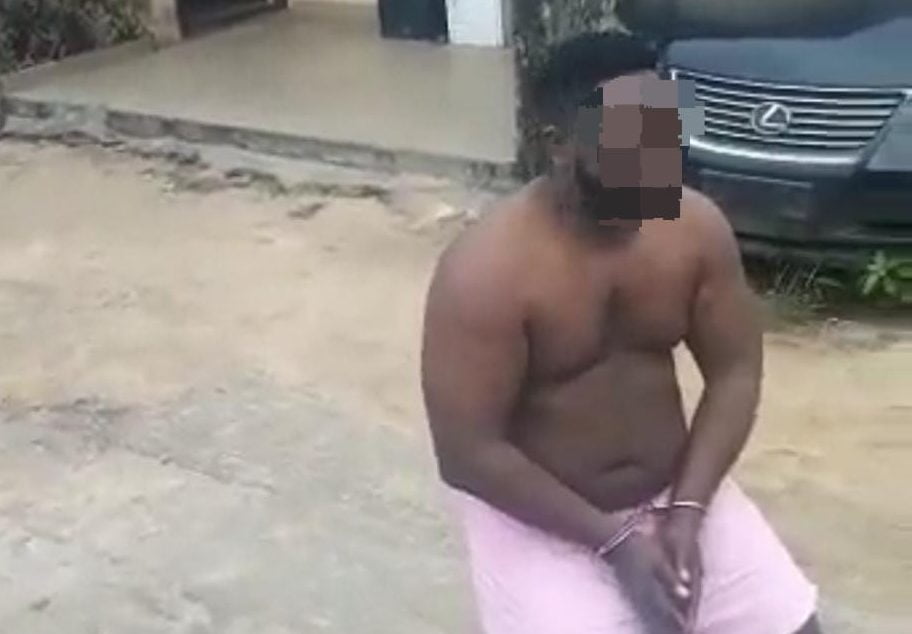 A suspected kidnap kingpin, John Ewa, arrested in Abuja and responsible for high-profile kidnappings in Bayelsa State is currently being paraded alongside three members of his gang by the Bayelsa State Police Command at the Police Officers Mess, Yenagoa Bayelsa State.

The suspected kidnap kingpin had been on the wanted list of the police for various alleged abductions in the state.

It was learnt that the police trailed Ewa, who goes by the alias ‘Lion’, to Abuja where they nabbed him on Saturday.

The suspect, who flaunts wealth on social media, is believed to be involved in several kidnap incidents around Yenagoa, the state capital.

In a six-second clip that trended on social media at the weekend, Ewa, dressed in his pyjamas, was seen displaying a few notes of foreign currency saying, “Get money for this life, hustle, hustle.”