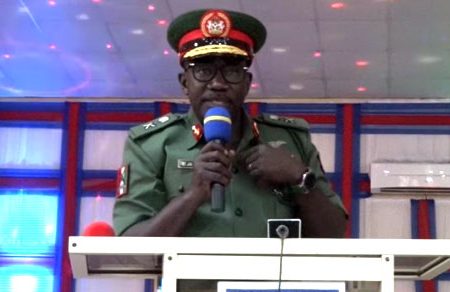 The General Officer Commanding of the 6 Division of the Nigerian Army in Port Harcourt, Rivers State, Major General Olubunmi Irefin, is dead.

According to available information, the amiable General died at the ongoing Chief of Army Staff Annual Conference, which was hurriedly discontinued over the development.

Information had filtered in earlier in the day that the COAS Annual Conference was discontinued because a participant tested positive for COVID-19.

The spokesman of the Nigerian Army, Brigadier General Musa Sagir, who confirmed the development in a statement, said all participants had been ordered by the COAS, Lieutenant General Tukur Buratai, to proceed on a two weeks self-isolation in order to avoid infecting other people.