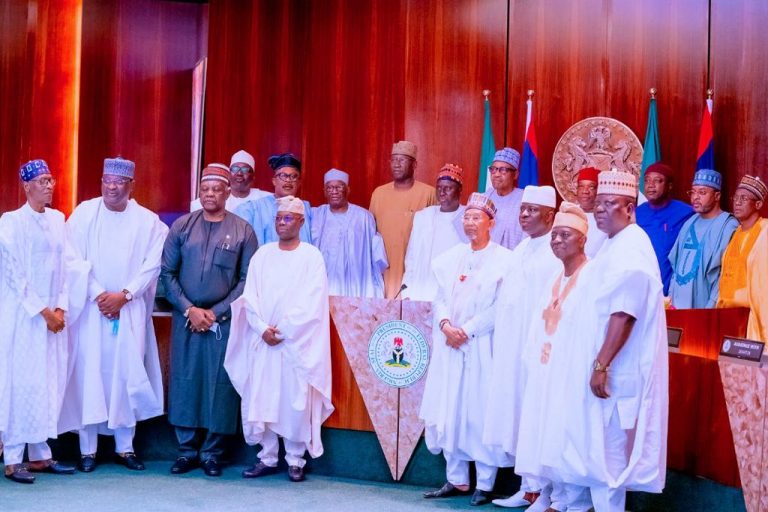 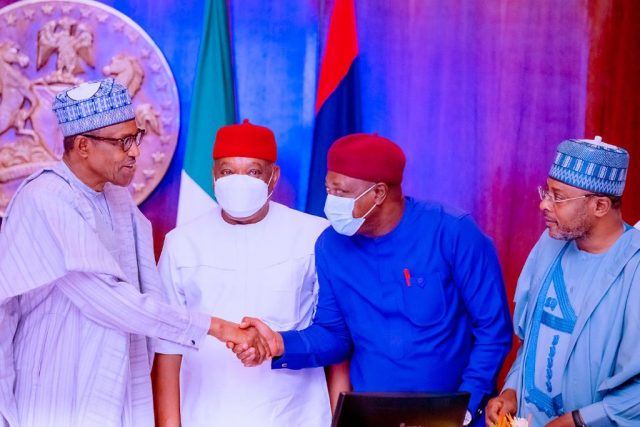 Senators elected on the platform of the All Progressives Congress on Tuesday stormed the Presidential Villa for a meeting with President Muhammadu Buhari.

The Senators, who are aggrieved about the outcome of the party’s primaries, were led to the meeting by the Senate Chief Whip, Orji Kalu. 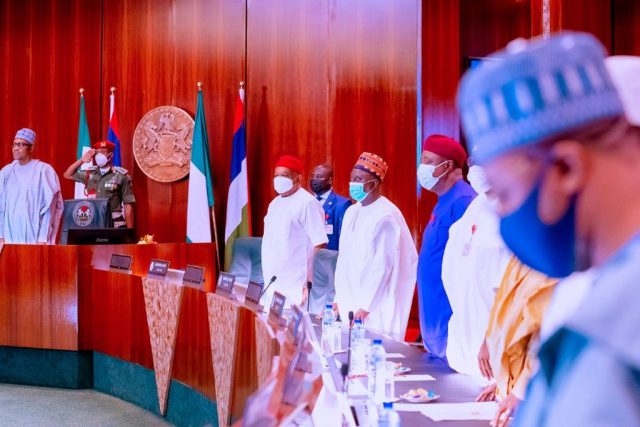 At the meeting, President Buhari said the leadership of the APC will sustain the hearing and healing process that it started to ensure fairness, justice and oneness before the 2023 general elections.

Speaking on the outcome of the party primaries and its implications, the President noted that complaints were received by some members and machinery had been put in place by the National Working Committee to address their various concerns. 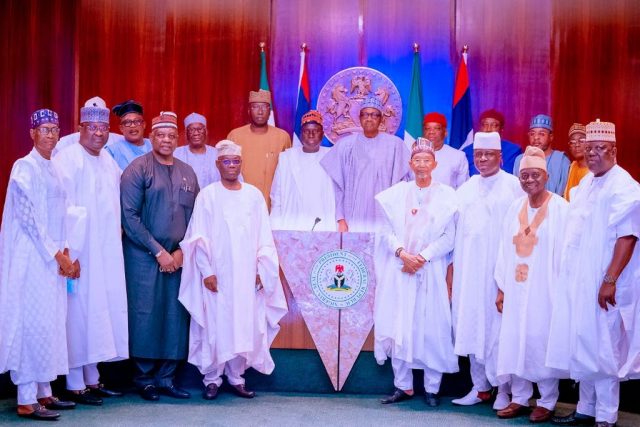 He said: “In keeping with our ethos, therefore, I shall continue to address the ensuing challenges and grievances through the party machinery while paying keen attention to the outcomes.

“I must also remind you of the primacy of justice in all our actions.

“If justice is denied, the outcome is usually unpleasant.

“This is because you are the members who keep the party running. 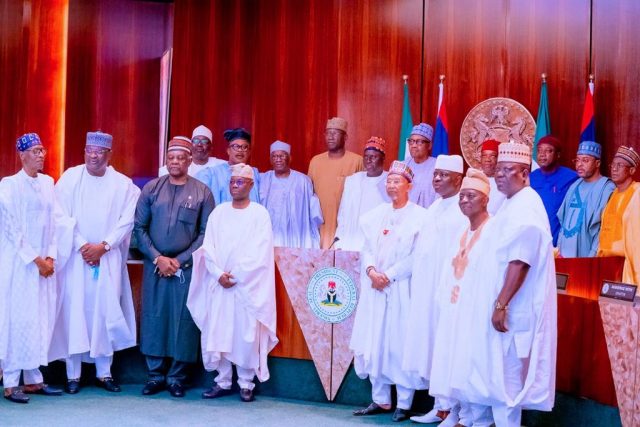 “I should add that as part of the policy of using the party machinery for effective resolution of conflict, the Chairman and some members of the National Working Committee visited the National Assembly recently to dialogue with our legislators.

“The leadership of the party is currently addressing the outcomes as part of the way forward.

“I am encouraging all the party functionaries to adhere to the truth and to be fair to all parties in any dispute.”

President Buhari told the APC senators that the strength and victory of the party in the election will depend on unity of members and ability to prevent injustices or heal them, perceived or real.

He said: “As the leader of the party, one of my primary roles is to ensure that our culture of internal democracy and dispute resolution is strengthened by creating the opportunity for members to ventilate their opinions, views and grievances at different levels.

“Notwithstanding the fact that we have accomplished 23 years of uninterrupted democratic governance, our journey is still in a nascent stage and we continue to learn from our challenges and mistakes.

“Similarly, our party is still evolving in its culture and practices and it is my expectation and hope that we shall attain a mature level in our internal conduct.”

The President urged party members to exercise restraint and continue to demonstrate commitment to the ideals, while the leadership continues to build and develop the APC and the country.

He added: I have noted your grievances particularly as it concerns the just concluded processes, the cost to the nation, the threat to the majority position held by our party in the legislative chambers and likely consequent cost to the electoral fortunes of our party as we approach the general elections.

“We must not allow these dire threats to come to pass.

“I must acknowledge that in every contest, there must be a level playing ground just as there would be grievances at the end.

“That is the test of our democratic credentials, systems and practices.

“I have since the conclusion of the processes been inundated with various reports and complaints.”

The President assured that “justice shall prevail, aggrieved members shall be assuaged and the interest of the party and the nation shall be protected”.

Buhari thanked the senators for suggesting a meeting on the issues, which include the future of the party and pursuing solutions to the challenges thrown up by the recent election related activities, particularly the primaries.

In his remarks, Kalu said at least 22 senators and members of the party were unhappy with the outcome of the primaries in their states, noting that they felt disenfranchised by the process.

He said the legislators had made sacrifices for the growth of the party and democracy in the country, asking for the President’s kind intervention.

He said: “Mr. President, in the Senate we have worked hard and consistently sold your programmes beyond party lines.

“Be assured always of our support.”

In a terse statement after the meeting, the former two-term Governor of Abia State said the issues raised by the aggrieved senators have been resolved.

He said: “Earlier this afternoon, I led the 22 aggrieved Senators and members of the All Progressive Congress to President Muhammad Buhari, GCFR.

“Our meeting with Mr President was successful and the issue of decamping from our party has been laid to rest.”