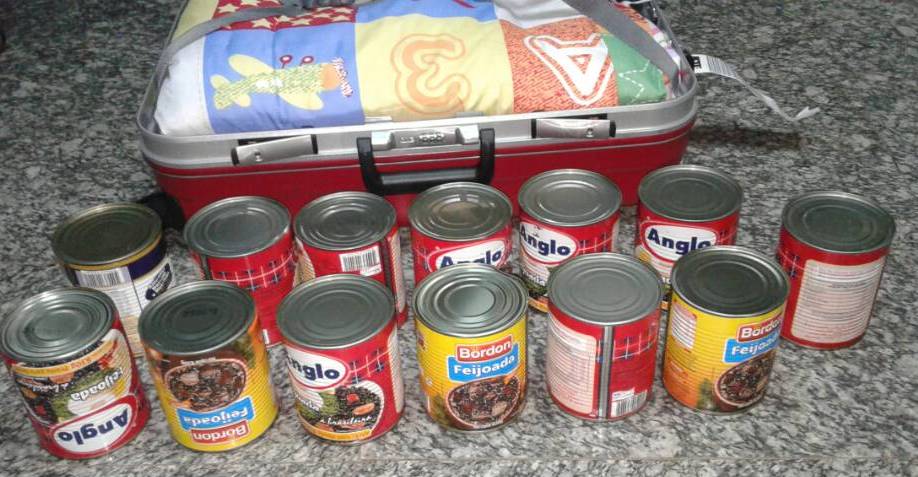 Officers of the National Drug Law Enforcement Agency have apprehended two Brazilian drug suspects over unlawful importation of canned whitish substance that tested positive for cocaine.
The suspects, who claimed to be tourists, were arrested at the Murtala Mohammed International Airport, Lagos with the canned cocaine amidst personal effects inside their luggage.
The total weight of the cocaine seizure is 23.865kg. with an estimated street value of about N310 million.
The Nigeria-Brazil cocaine trafficking route has gained notoriety over the years, but this is the first arrest of Brazilians with cocaine at the Lagos airport.
The tins were factory-sealed such that officers had to cut it open to discover the concealed drugs.
Several canned drugs had been uncovered at the Lagos airport in the past.
This development has not come as a surprise to narcotic investigators because drug cartels are always adopting new strategies of smuggling drugs.
The NDLEA Commander at the Lagos airport, Ahmadu Garba, gave the names of the suspects as Dias Dos Santos Marcia Cristina, 36, found with 9.4kg of cocaine in her bag, and Lima Pereira Erick Diego, 20, found with 14.465kg of cocaine in his bag.
In Garba’s words: “Two Brazilian drug suspects, a male and a female, have been arrested with cocaine at the arrival hall of the airport.
“The arrest took place during the inward screening of passengers on an Emirates flight.
“The suspects travelled together from Sao Paulo, Brazil.
“During search operation, a total of 23.865kg of cocaine was found on them.”
The Agency has concluded arrangement to arraign the suspects in court.