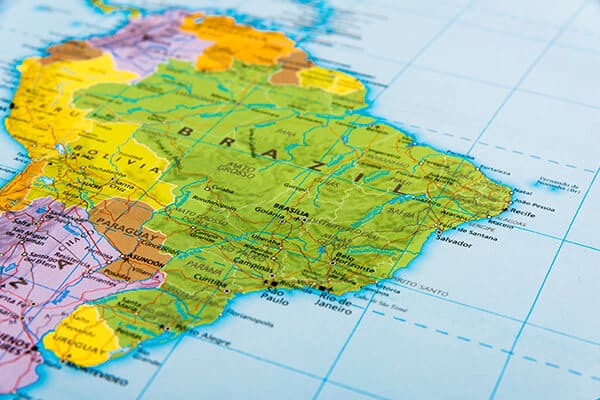 Share
Facebook Twitter LinkedIn Pinterest Email
Brazil will pull out of a UN pact on dealing with rising migration, the incoming foreign relations minister said, joining the US and a growing number of countries in rejecting the agreement.
Ernesto Araujo, Foreign Minister, who will take office in January under right-wing president-elect Jair Bolsonaro – said the international accord was “an inappropriate instrument’’ to deal with the issue and nations should set their own policies.
With a record 21.3 million refugees globally, the UN began work on the non-binding agreement after more than one million people arrived in Europe in 2015, many fleeing civil war in Syria and poverty in Africa.
The accord, which addresses issues such as how to protect migrants, integrate them and send them home, has been criticised by mostly right-wing European politicians, who say it could increase immigration.
All 193 UN members except the US agreed its wording in July, but only 164 – including representatives of Brazil’s current administration – formally ratified it at a ceremony in Marrakesh on Monday.
“The Bolsonaro government will dissociate from the Global Compact for Migration, an inappropriate instrument to deal with the problem,” Araújo wrote on Twitter late that same day.
“Immigration shouldn’t be treated as a global issue, but rather in accordance with the reality of each country.”
Araújo said Brazil would continue to take in refugees from neighbouring Venezuela, but that “the fundamental point is restoring democracy” in that nation.
Bolsonaro, who takes office on January 1, has adopted what opponents have called a harsh stance on immigration.
In 2015, he was quoted describing refugees coming to Brazil as “the scum of the earth”.
No fewer than 10 countries, mostly in formerly Communist Eastern Europe, have announced they are pulling of the UN immigration pact and a Chilean official said over the weekend Santiago would do the same.
Reuters/NAN.
Brazil Ernesto Araujo Jair Bolsonaro un
Share. Facebook Twitter Pinterest LinkedIn Tumblr Telegram Email