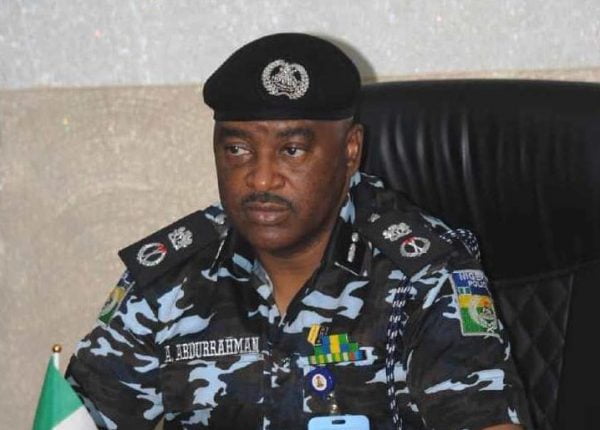 The Enugu State Police Command has ordered its officers and men to arrest any individual or group suspected to be sabotaging the ongoing enforcement of boundary closure in the locality.

A statement issued by the spokesman of the Command, ASP Daniel Ndukwe, on Sunday in Enugu, quoted the Commissioner of Police, Ahmad Abdurrahman, as giving the order.

Ndukwe stated the Commissioner gave the directive while inspecting the enforcement at Ette/Ogugu boundary post between Enugu and Kogi States on Friday.

“The commissioner gave the directive when he heard complaints from prominent people in the area that a man (names withheld) had been trying to frustrate the enforcement exercise at the Ette/Ogugu boundary area,” the Police spokesman said.

According to him, the police boss made it clear that the enforcement exercise “is purely a security affair and never a political, boundary adjustment or communal crisis mission”.

The Commissioner, addressed leaders of the Ette III Autonomous Community, including Chief Oshaba Nwachukwu, the Igwe-Elect; and Gilbert Onoda, President-General, on the need to support security agencies in their task.

Abdurrahman was also quoted as charging personnel of various security agencies at the boundary area to be firm and dutiful in the enforcement duty.

He warned them to abide strictly by the rules of engagement, especially as regards checking and granting passage to vehicles conveying stipulated essential goods and service providers.

He said: “Do not even waste your time on them if you are sure they are conveying these permitted items or persons.

“But not during the overnight curfew period of 8pm to 6am.”

The Commissioner warned that any act of deliberate obstruction of movement of those conveying exempted food, agricultural products, petroleum and other stipulated essential items and service providers would not be tolerated.

Ndukwe stated that the Commissioner was accompanied on the inspection tour by Air Commodore Chidiebere Obiabaka, Commander, 558 Services Base Group of the Nigerian Air Force, Enugu, and other top police Commanders.