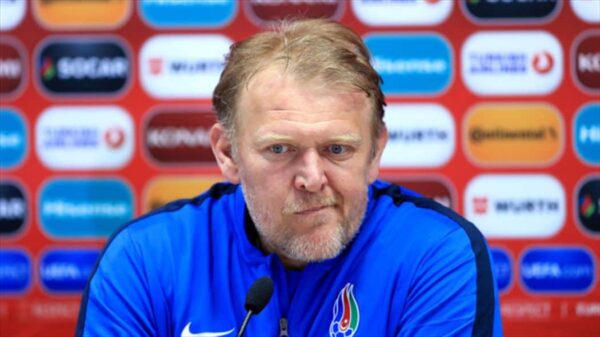 Bosnia coach Robert Prosinecki has rescinded the decision to resign after the Balkan nation’s football association asked him to stay in charge of the team, the governing body has said.
“The NFSBiH executive board lends full support to Prosinecki to stay in charge until the end of the national team’s Euro 2020 campaign, as stipulated by his contract,” it said on Tuesday.
“We are certain that changing the coach at this point in time will not have a positive effect. Our chances of reaching the European Championship via the qualifiers are still realistic.”
Prosinecki had said he was stepping down after Sunday’s 4-2 defeat at Armenia in their Euro 2020 Group J qualifier.
He however told reporters in Sarajevo that his change of heart had been a “difficult decision”.
“It wasn’t easy because I try to stand by my decisions in life,” said the 50-year-old Croatian, who won the 1991 European Cup with Red Star Belgrade and finished third with Croatia in the 1998 World Cup as a player.
“I changed my mind because of all the people who extended their support. It will be easy to run and say it’s over, but I decided to stay and I now hope we can turn things around.”
The defeat left the Bosnians fourth in Group J on seven points from six games, 11 behind leaders Italy who have won all of their matches.
Second-placed Finland have 12 points and third-placed Armenia are on nine after their impressive home win over the Bosnians.
Although they have only a slim chance of reaching Euro 2020 by finishing in the top two in their group, Bosnia could still advance to the finals via the Nations League.
They topped their League B group ahead of Austria and Northern Ireland.
This means that they have qualified for the playoffs also including Denmark, Sweden and Ukraine, the winners of the second tier’s other three pools.
The playoff winners will qualify for Euro 2020, which will be held across Europe next year.
Reuters/NAN.