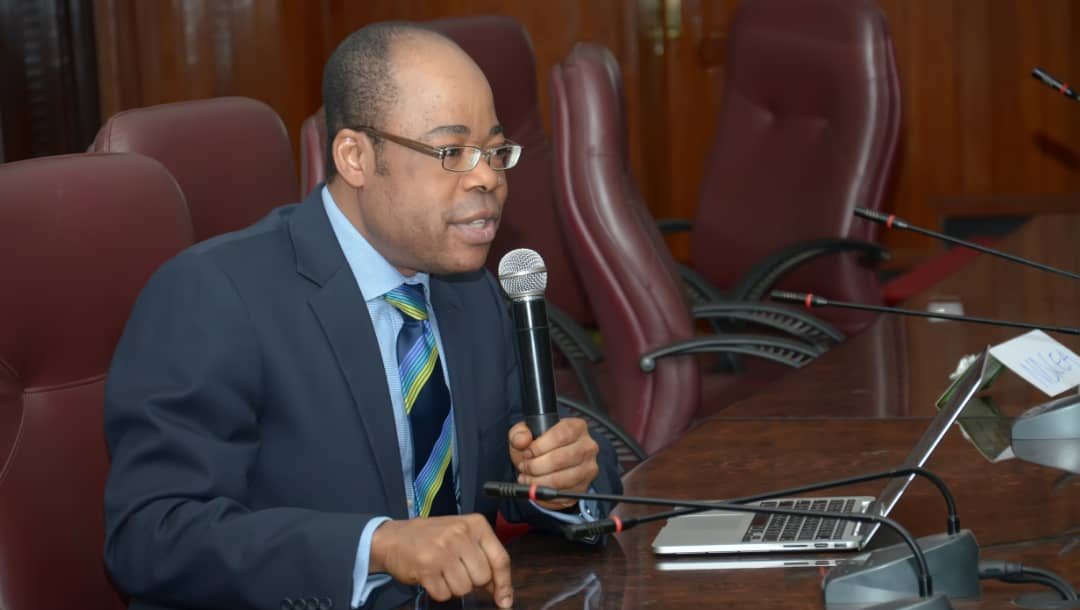 The Ebonyi State Government has directed Council Chairmen, Coordinators of Development Centres and Traditional rulers in the State to establish and strengthen vigilante groups to help in forestalling intra and inter border hostilities in the rural communities.
The directive, which came in response to the recent inter border attack on part of Ohaukwu Local Government Area of the State by the Agilla people of Benue State in which about five lives were lost, was part of the outcome of the enlarged security meeting held on Thursday at the Government House, Abakaliki.
The State Commissioner for Information and State Orientation, Senator Emmanuel Onwe, while briefing newsmen on the development, also added that Governor David Umahi has mandated Council Chairmen in the State to hold similar security meetings every two weeks, while the Development Centre Coordinators should hold theirs on weekly basis in their various domains.
The meeting, which should specifically be geared towards finding solutions to escalating border crises rocking some parts of the State, should be able to come up with tangible resolutions that must be made available to the State Executive Council for further action.
The Traditional rulers were urged to sensitize their subjects on the directive and ensure that no one goes to the farm alone, especially in known crises areas, without the company of others farmers and a vigilante group.
Onwe explained: “The Security Council Meeting was chaired by His Excellency, the Governor of Ebonyi State.
“And one of the highlights was the mandate given to the Council Chairman to be having security meetings, their own security council meeting at the local government level, every fortnight and the Coordinators of Development Centres should be having a similar meeting every single week and the minutes of such security council meetings should be submitted to the Governor.
“And the reason for this was to find ways of averting the escalating incidence of trans-border crises and internal criminality within the State.
“We all know that five Ebonyians were recently assassinated by criminals, operative from Benue State.
“The victims were citizens of Ohaukwu Local Government Area.
“Council also resolved that new vigilante groups should be set up at the local level.
“Presidents of town unions, Coordinators, Local Council Chairmen, Traditional Rulers, all working in concert to set up new vigilante groups to ensure that these incessant intra-borders crises are brought to an end.
“In fact, the Chairman of Council suggested that people should not be going to farm on their own unaccompanied and I suppose, this is where the vigilante groups will play a role.
“As people are going to farm in remote areas, that they should be accompanied by a vigilante group from those local areas, especially when we now know that there are identifiable trouble spots.
“Council also took decision today to expand the existing Neighbourhood Watch and to give it more bite so also to ensure that these incidences are averted.”
The Commissioner further briefed that following the recent incident in some parts of the State where some criminals hiding under the guise of representing Government empowerment agencies move about collecting people’s Permanent Voter Cards for sinister intentions, the Governor has directed that Council Chairmen and Coordinators, as well as Traditional Rulers intensify watch against such miscreants.
Confirming that some persons have been arrested in Ohaozara Local Government Area over the act, Onwe said the Council resolved that any agency or person operating in such a manner in whatever name or authority in the State without formal recognition by the Government would be apprehended and treated as criminal.
According to Onwe, the Governor commended the Coordinator of Ohaozara East Development Centre for his proactive role in facilitating the apprehension of the miscreant and further urged all the Chairmen, Coordinators and Traditional Rulers to ensure that these who registered in their domains collect their Permanent Voter Cards.
Onwe further added: “And the illegal collection of taxes, levies charges, license fees by whatever name called, those who still engage in these collections are not doing so on behalf of the Government of Ebonyi State and the security council today resolved that anybody collecting those charges is liable to arrest and prosecution.”
It will be recalled that Governor Umahi some months ago had put a stop to such collections.
The expanded Security Council Meeting was attended by State Executive Council members, Council Chairmen, Coordinators of Development Centres, Chairmen of Town Unions as well as heads of security agencies in the State.