Boko Haram: UN seeks $1b for humanitarian assistance in Nigeria 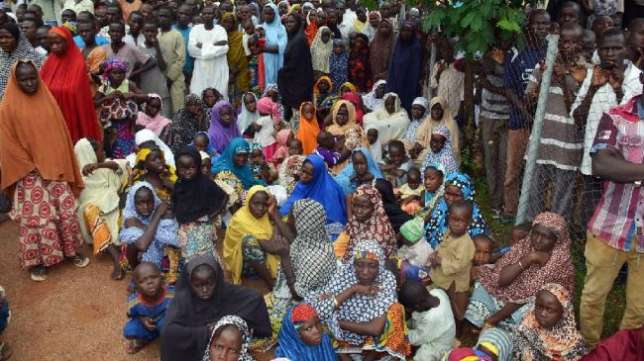 The UN Office for the Coordination of Humanitarian Affairs has called for government, donor agencies and private sector support in the provision of $1 billion to deliver life-saving assistance in Nigeria’s North East.
Peter Lundberg, the UNOCHA Humanitarian Coordinator in Nigeria, made the appeal at a news conference and inauguration of the agency’s 2017 humanitarian plan response for the North East region in Abuja on Friday.
Lundberg explained that the fund would aid in the delivery of life-saving assistance and further prevent hardship for children, women and men in Borno, Adamawa, and Yobe States, which have been affected by the Boko Haram insurgency.
The coordinator commended the international community for their support so far and urged their commitment throughout 2017 to prevent the disaster in the region from escalating to widespread catastrophe.
He said that the humanitarian response plan for next year would focus on 8.5 million people who needed urgent assistance in the most affected states.
He added that the target was to reach 6.9 million of the people with life-saving humanitarian support.
The coordinator said that UN aspiration was to assist those who were desperately in need of returning home do so in a safe and dignified manner with sustainable restoration of livelihoods and access to basic services.
Lundberg reaffirmed that the eight-year-old conflict in the North East had resulted in a deepening crisis, the enormity of which grew within the year as the Nigerian Air Force took back areas previously held by Boko Haram.
He said: “Civilians continue to face grave human rights violations and abuses, including death, injuries, sexual and gender based violence, arbitrary detention, disappearance, forced displacement.
“The crisis also led to attacks on civilian sites and force recruitment resulting in huge protection needs for the survivor which must be addressed.
“Our commitment as the humanitarian community will ensure our most qualified staff is available for this response, but we also need to provide humanitarian workers with support they require to work in difficult and insecure circumstances.”
Zainab Ahmed, the Minister of State, Budget and National Planning, said the Federal Government had committed substantial resources to combat insecurity as well as the rehabilitation and construction of infrastructure in the region.
Such infrastructure include markets, schools, medical facilities and provision of essential services to most affected people, Ahmed said.
She said the scale of destruction and new skills required to ensure the return to normalcy in the region required unprecedented levels of partnership between the international humanitarian community and Nigeria.
Ahmed expressed the commitment of the government to allocate funds in prioritised sectoral activities to close existing gaps.
She promised that resources would be deployed transparently to support early recovery and livelihood of the people.
She said: “On our part we have demonstrated and will continue to demonstrate strong commitment to working together with the international humanitarian community.
“We will endeavour to provide an environment in which humanitarians will be able to undertake their priority activities, including security measures, promoting access to the population in need.
“We will assist in facilitating and enabling information collection and analysis among others.
“Government has constituted the Inter-Ministerial Task Force under the leadership of the ministry.
“The IMTF will develop coordinated plans that acknowledge complementarities of humanitarian response plan and ensure that 2017 humanitarian response plan is supported and aligned with the Federal Government’s humanitarian development strategies.”