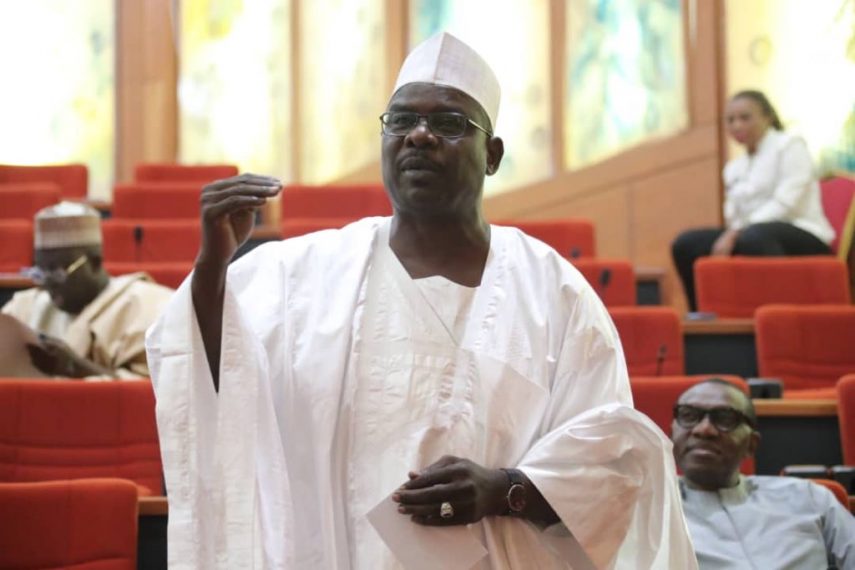 Senator Ali Ndume (APC-Borno) says the strangulating insecurity in the North East is hampering the successful execution of Federal Government’s road projects in the region.

Ndume, who is the Chairman of the Senate Committee on Army, made this known in Maiduguri on Monday while speaking with newsmen.

He said the construction and rehabilitation of some major roads had been approved by the Federal Government, but the roads were abandoned due to the activities of Boko Haram insurgents.

He explained that Borno, Yobe and Adamawa States were some of the states terrorised by the insurgents, making it difficult to rehabilitate and construct road networks approved by the Federal Government.

He said: “The first is Dikwa-Marte-Monguno Road, which was approved for N60.273 billion, and the Numan Road linking Borno and Adamawa approved for N15.527 billion.

“The third is the road from Gombi-Biu linking Adamawa and Borno, also approved for N7.643 billion.

“The State Government has also taken over the construction of 34km Damboa-Chibok- Mbalala federal road, which had for long been neglected.

“It has also embarked on reconstruction and rehabilitation of the dilapidated Biu-Azare-Shaffa-Garkida federal highway linking Gombi Local Government Area of Adamawa, but the workers were forced to vacate the site due to activities of the insurgents.

“Damaturu-Maiduguri has been allocated but as you can see the work has stopped.

“Also, the road from Buni Yadi to Biu was also abandoned.

“Even passengers don’t pass through the road regularly due to the threat pose by the terrorist.”

Ndume lamented that no single Federal Government project was taking place in the Northern part of Borno due to the fear that contractors might come under attack by the insurgents.

He said the insurgents had also taken advantage of the deplorable conditions of the roads to abduct commuters and to even stage ambush attacks against troops.

He said: “There cannot be any meaningful development without peace.

“It will be therefore difficult to see meaningful development, especially on road construction, by the Federal Government.