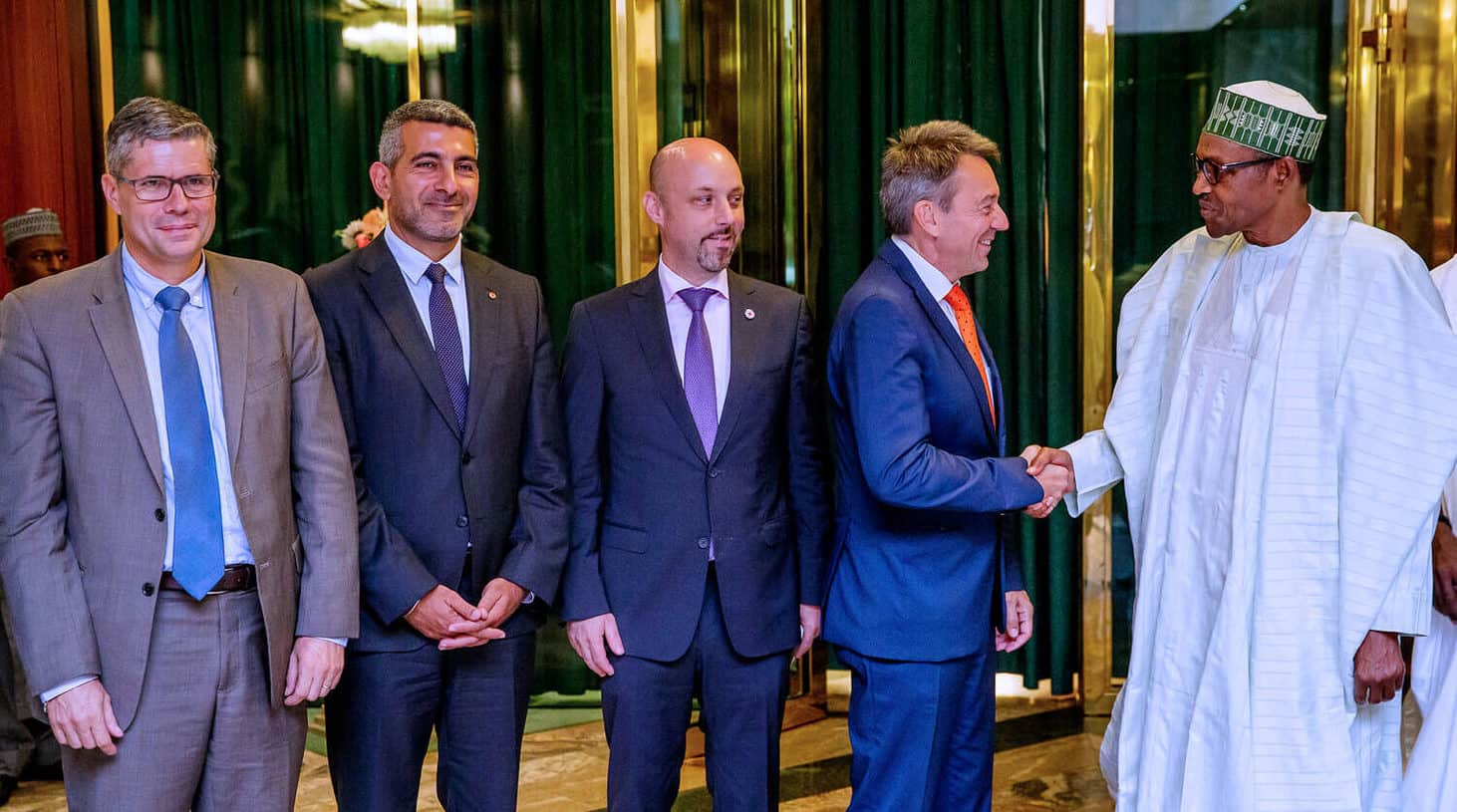 President Muhammadu Buhari says remnants of Boko Haram in the North-east region of the country are bandits, “and we will continue to treat them as such”.
The President stated this when he received Peter Maurer, President of the International Committee of the Red Cross at the State House, Abuja, on Tuesday.
Buhari maintained that Boko Haram had been degraded, but “its members are still a nuisance around Lake Chad and surrounding islands.
He said: “That is why we are cooperating with Chad, Cameroon, Niger Republic, and other countries. We are also using the Air Force quite effectively. They are bandits, and we will continue to treat them as such.”
The President said the government was concentrating on repairing damaged infrastructure, rehabilitation of internally displaced persons, and securing their communities, so that they can return home.
He applauded the support of the ICRC and other humanitarian organisations, stressing that the government would not rest until all victims were rehabilitated.
He said: “The situation of the displaced persons is very pathetic. Some children don’t know where their parents are, neither do they know where they come from.
“We are focusing on education and healthcare, along with rebuilding of infrastructure.
“The agency formerly under the leadership of retired Gen. Theophilus Danjuma and now headed by retired Maj.-Gen. Paul Tarfa is quietly making an impression. We are dedicating lots of resources to the area.”
He disclosed that great progress had equally been made in disabusing the minds of people that the insurgency was religious.
He said: “How can you kill people, and say ‘God is great.’ It’s either you don’t know that God, or you don’t know what you are talking about.
“God is God of justice. And the people have understood the message well, so recruiting is now difficult for the insurgents.”
Earlier, Maurer said Nigeria was the 5th largest operation of ICRC worldwide, and the organisation would continue to render humanitarian action to people affected by violence.
On the recent killing of two of its officials in the North-east, he said: “We are shaken by the killing of our staff, but not discouraged. Humanitarian assistance should continue, and we applaud the hospitality of Nigeria”.
The ICRC President said relationship would be further strengthened with Nigeria, submitting that “the more we see activity from Nigerian authorities, the easier it is for us to add here and there”.
Maurer, who spoke to State House correspondents after the meeting with the Nigerian leader, lauded the Federal Government efforts in providing relief materials to Internally Displaced Persons across the country.
He said: “I have been very much impressed and satisfied by the response of President Buhari.
“My meeting with the President was also an opportunity to convey to the President and his assisting Ministers how much we appreciate our work with the Nigerian Red Cross Society whose volunteers and many officials work in many places and our first and foremost partners that work at the frontline of humanitarian delivery.
“We have in that sense concluded a very positive meeting with the President and I am happy for present and future collaboration between Nigeria and the ICRC.”