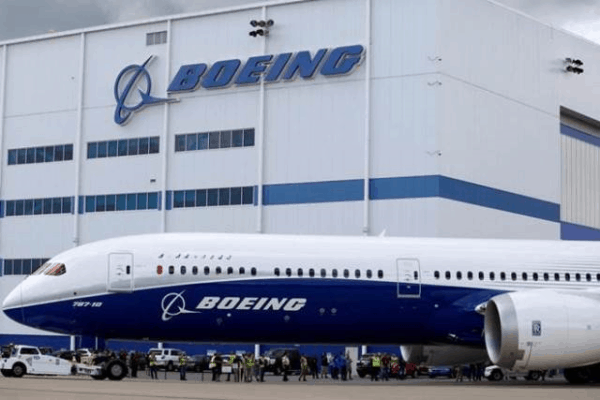 Top US aircraft manufacturer Boeing has promised to give 50 million U.S. dollars in near-term financial relief to the families of passengers and crew members who died in two deadly air crashes.
The company, which made this known in a statement, said that the money “represents the initial expenditure of a 100 million dollar pledge by Boeing to address family and community needs of those affected by the accidents”.
Boeing announced in early July that it has set aside 100 million dollars to support education, hardship and living expenses of the families of those who were killed in the “tragic accidents” of Indonesian Lion Air Flight 610 and Ethiopian Airlines Flight 302 in October 2018 and in March this year, respectively.
A total of 346 people on the 737 MAX jets died in the two fatal air crashes.
Boeing’s President and CEO Dennis Muilenburg expressed “utmost sympathy” for the victims, saying “the tragic loss of life in both accidents continues to weigh heavily on all of us at Boeing”.
The US airplane maker said it has hired veteran compensation expert Ken Feinberg to help oversee the distribution of the money to the families of the air crash victims.
Feinberg, who works for a Washington-based law firm, has administered many compensation funds for victims of several major events, such as the Sept. 11, 2001 terror attacks in the U.S. He will be joined by lawyer Camille Biros in managing the distribution of the relief money.
“Through our partnership with Feinberg and Biros, we hope affected families receive needed assistance as quickly and efficiently as possible,” said Muilenburg.
Boeing said the latest relief funds to be distributed by Feinberg and Biros will be independent of the outcome of any lawsuits.
The company is facing multiple lawsuits and federal investigations related to the 737 MAX accidents.
The 737 MAX jets have been grounded globally since March this year over widespread concern about their safety.