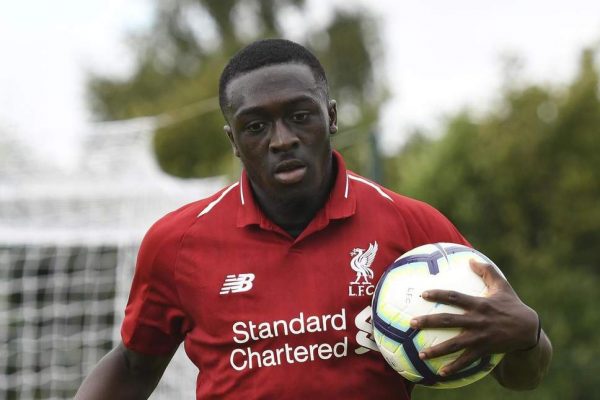 Liverpool youngster, Bobby Adekanye, has confirmed his intention to depart the club when his contract expires this summer.
The 20-year-old joined the Reds’ youth setup from Barcelona in 2015, but after appearing regularly at U18 and U23 level, has failed to progress to the senior squad.
And, with his deal running out at the end of the season, the Nigerian-born Netherlands youth international has agreed to join Serie A outfit Lazio.
Speaking to Voetbalzone, Adekanye claimed that a failure to make Jurgen Klopp’s squad for last summer’s pre-season tour made up his mind over his future.
He said: “That didn’t happen in the end. That is disappointing and it has contributed to the fact that I do not want to renew my contract.
“If they promise such things and it doesn’t happen, I don’t know what will happen if I sign for three years.
“That confidence is no longer there, even though I still greatly respect the club.
“They don’t just extend for three years, so maybe there was a schedule behind it. But I no longer have faith in that.
“In terms of money, things are fine, but you have nothing if there is no perspective behind it. Money will come later, I now need playing minutes.”