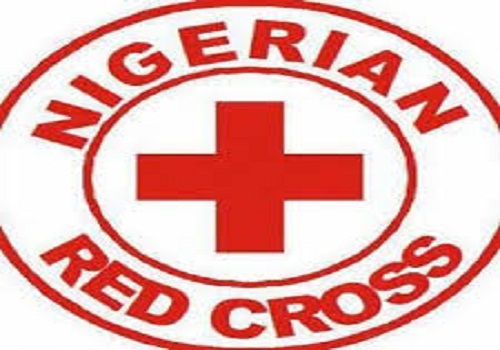 The Commandant of the Nigeria Red Cross Society, Yaba College of Technology detachment, Talodabioluwa Alonge, says that the health sector needs two million pints of blood yearly in anticipation of emergencies.
However, according to him, only about 500,000 pints have been raised.
Alonge disclosed this to the News Agency of Nigeria on Saturday in Lagos, during a health and blood drive at YABATECH.
The theme of the event was: “True Humanity to Peace”.
The event included blood donations and a free breast screening for female staff and students.
Alonge said that the Nigerian health sector records a lot of emergencies whereby patients require blood daily and sometimes, they have to spend so much in search of blood.
He said: “The statistics show that in the Nigerian health sector, we need two million pints of blood but we’re able to raise only 500,000 pints.
“This mainly comes from family donors when their loved ones need blood.
“But we see many accidents and other situations where people need blood daily and sometimes find it difficult getting it.”
The commandant said that the vision of NRCS, Lagos State, is to ensure that blood is available in their bank.
He said: “In January, our detachment raised 120 pints and this time we were able to raise 90 pints, making it a total of 210 pints.”
Alonge said the reason for the decrease was because only full-time students were in school presently, compared to January when the part-time students were there.
He urged people to participate more in humanitarian activities like blood donations to help save lives.
Commending YABATECH detachment, Lawson Sekegor, Chairman of the Mainland Division of the society, said the amount of blood raised at the event would help the state’s branch surpass its target.
Sekegor said: “Normally, we have expectations from the state body, the number of pints for this year is 500.
“Based on the amount raised here and what we already have, we can beat the target because we need less than 10 pints more to reach it.”
Jonathan Adegboye, 18, a student of the University of Lagos, who donated blood said the exercise made him happy knowing he was helping to save lives.
He added that it also helped him overcome the fear he had of donating blood.

Adegboye said: “Overcoming the fear was not a day’s job; last month, I tried donating blood but I gave only two millilitres before I backed out.”
Another donor, Deborah Adeola, a 22- year- old student, said that donating blood gave her the opportunity to check her blood pressure, weight and blood level.
Also, Olakunle Lasisi, the Secretary of NRCS, Lagos Branch, urged Nigerians to imbibe the act of voluntary blood donations to help ensure there is enough blood in the blood banks.
He noted that donating blood not only benefits the recipients but also the donors.
According to him, he had an experience a few years ago where he was usually drowsy and sometimes felt dizzy.
He decided to go for a general blood test and was advised to go and donate blood.
Lasisi said: “Blood donation refreshes donors.
“Not donating blood is not beneficial to you because you will end up having more than required, which has its disadvantages.”
NAN reports that donating blood may help the donor reduce risks of cardiovascular diseases and other health conditions.
It also gives the donor the opportunity to get a free blood analysis which may include testing for HIV and hepatitis.
According to FEDHEALTH, a South African health blog, blood donors are 33 per cent likely to suffer from cardiovascular disease and 88 per cent less likely to suffer a heart attack.
It said: “The lowered health risks have to do with iron depletion. Iron has a significant impact on the body.
“High blood iron can cause a variety of symptoms such as irregular heartbeat, muscle weakness, hardening of arteries, accelerated cholesterol oxidation, decreased libido and enlarged liver.
“When donating blood, you are removing 225 to 250 milligrams of iron from your body, reducing your risk of health complications.”