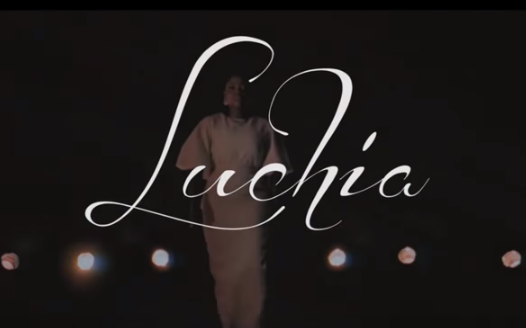 Temple Music artiste, Bisola Aiyeola, is out with a crisp new music video for her single: Luchia.
The colourful music video is brought to you by Temple Motion Pictures.
Produced by talented beat-maker, Rhyme Bamz, multi-talented Bisola sings about her rejection at different auditions before she finally found her breakthrough at Big Brother Nigeria.
Luchia now airs on major music channels and is released online and for digital downloads on local and international platforms.
Video (YouTube) – https://www.youtube.com/watch?v=vG4lDcikEzo
Digital Links
Music Plus: http://mpjamz.com/x/f6afc3603
iTunes: https://itunes.apple.com/ng/album/luchia-single/1315735825
Spotify: https://open.spotify.com/track/0eVrJlwsRHeRVeG5b5Qi5J
Boomplay:  http://www.boomplaymusic.com/share/album/782261
Google Play Link: http://bit.ly/2hH5lve
Instagram – @iambisola
Twitter – @iambisola
Abisola Aiyeola is a multi-talented actress, MC, singer and TV/ Radio presenter.
She is popularly known for emerging the First Runner-Up at the 2017 Big Brother Naija TV reality show organized by Mnet.
Lively and infectious, she was born in 1986 and has lived in Nigeria and the United Kingdom.
Before then, she hugged the limelight when she emerged among the finalists at the 2008 edition of MTN Project Fame West-Africa, which was won by singer Iyanya Mbuk.
She has also worked as an OAP with WFM 91.7, Nigeria’s first radio station for women and their families.
Also a talented voice over artist, she hosted Billboard Nigeria, which aired on TV stations from 2011 to 2013.
Bisola’s movie career spans across both Yoruba and English sectors, featuring in movies such as “The Life Of A Nigerian Couple” and “Forever With Us” among others.