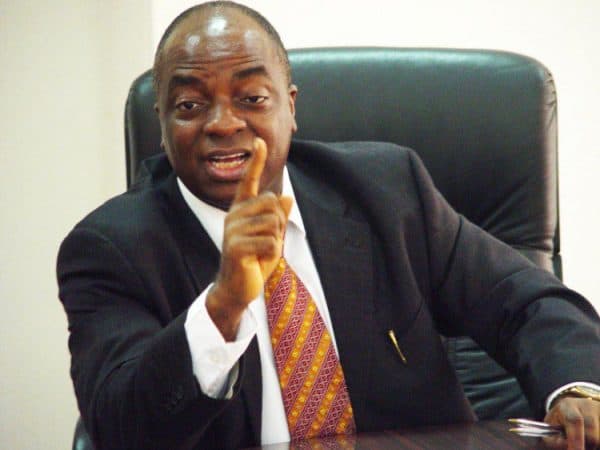 The Chancellor of Covenant University, Ota, Ogun State, Dr. David Oyedepo, says he will build a world class university to compete favourably with such other universities.

Oyedepo said this on Thursday at Ota, Ogun State at the 19th Founder’s Day celebration of Covenant University.

He said the institution would provide the enabling environment for quality education to thrive so that new generation of leaders could be raised to proffer solutions to nations’ challenges.

The Founder of the Living Faith Church Worldwide, also known as Winners Chapel, attributed the successful execution of developmental projects that could aid teaching in the university to the grace of God.

The chancellor said the institution began operations on October 21, 2002 with nothing, stressing: “But with the grace of God, which we did not take for granted, the institution is already on ground and flourishing.

“Ingratitude leads to destruction because gratitude is a requirement for change of position.”

Oyedepo said without God, the university would not have been able to achieve its remarkable development.

He said: “The more glory we give to God, the more grace He is releasing because by strength shall no man prevail.”

The chancellor, who described God as awesome, noted that the institution never experienced setback in its operations.

In his remarks, the Vice-Chancellor of the university, Prof. Abiodun Adebayo, said it was training expert thinkers and technocrats that would restore the dignity of the Black race.

He said the university had become one of the best five leading universities in the country and 15th in Africa.

“The institution has seen the fingers of God and amazing transformation and aspirations of dignity of the Black race,” he said.

Prof. Adebayo added that Covenant University had turned out graduates who are expert thinkers and solution providers that are making remarkable contributions to national development.