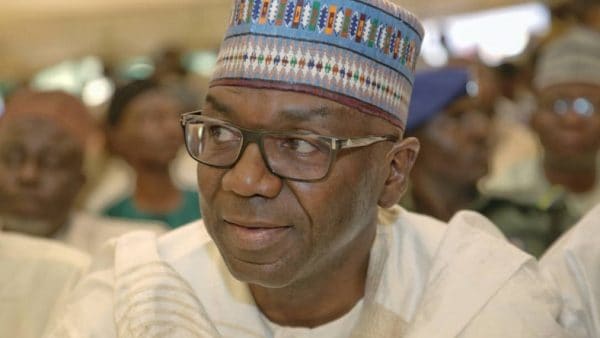 Governor AbdulRahman AbdulRazaq of Kwara State has stopped any celebration and advertisements to mark his 60th birthday.
The governor gave the order on Sunday in Ilorin in a statement issued by his Chief Press Secretary, Rafiu Ajakaye.
The News Agency of Nigeria reports that AbdulRazaq will be 60 years old on February 5, 2020.
He said: “Next week, His Excellency the Governor of Kwara State, AbdulRahman AbdulRazaq, will be 60 years old.
“He prefers to spend the day in personal reflection on God’s unmatched kindness to him.
“Consequently, he requests that no government agency or functionaries should hold any birthday bash or publish any advertorial for him or in his honour.
“He appeals to friends, family members and well-wishers to not do so too.
“Instead, he calls on such individuals who may want to do anything for him to channel such to charities of their choice.
“His Excellency deeply appreciates the goodwill of all well-wishers.”