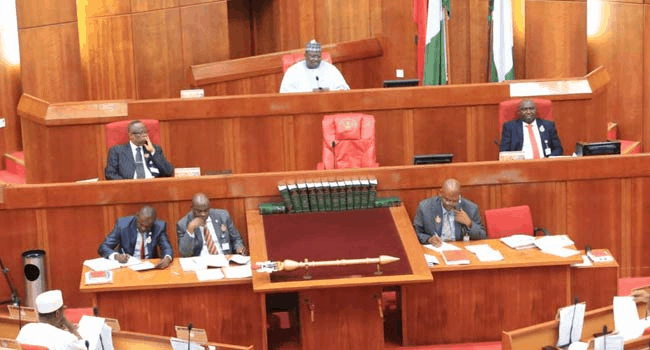 The Protection from Internet Falsehood and Manipulations Bill also known as the Social Media Bill has passed second reading in the Senate.
According to Channels Television, the bill on Wednesday passed second reading with support by majority of Senators despite opposition by many Nigerians who believe that the bill will curtail free speech.
Only one lawmaker, Senator Chimaroke Nnamani, opposed the bill during the debate  and he pointed out that there is  an already existing legislation in the country like the Cyber Crimes Act which addresses internet falsehood.
The Senate, however, directed its committee on judiciary to work on the bill and return in four weeks.
The Eagle Online reports that the bill was introduced to the Senate on Tuesday, November 5, 2019 and according to the sponsor of the bill, Mohammed Sani Musa, a member of the ruling All Progressives Congress  representing Niger East Senatorial District, it will regulate the use of social media in Nigeria and curb fake news on the internet.