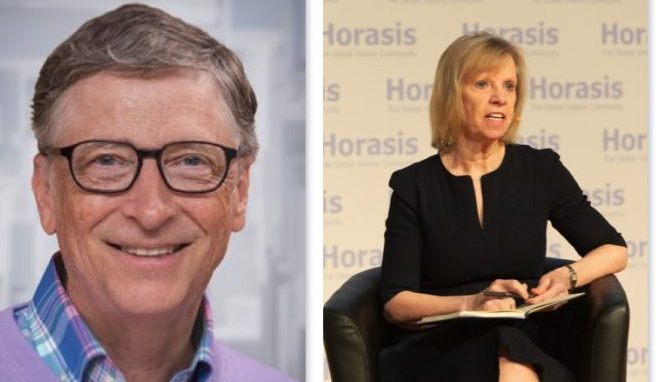 Billionaire Bill Gates had a bizarre prenuptial arrangement with Melinda before he married her in 1994: to turn a blind eye to his yearly rendezvous at a cozy beach cottage in North Carolina — with Ann Winblad, his old girlfriend.

The other woman Winblad, now 70 years old, had been Gates girlfriend since 1984, before he met Melinda French, 10 years later at a computer conference.

Winblad and Gates were nerd techies. She is five years older than Gates and was ready to settle down.

But Gates was not ready as he was busy strengthening Microsoft for the future and making billions of money.

The lovebirds then called off the relationship in 1987, but yearly they spend a long weekend together.

The relationship is well known and even more bizarrely, when Gates wanted to marry Melinda, he had to seek the permission of Winblad to go ahead.

According to reports, Gates made sure the bizarre arrangement with Winblad was part of the deal when he married Melinda French in 1994.

Gates did not make a secret of the affair, as he spoke about it in a Time magazine profile in 1997, three years after he married Melinda.

“We can play putt-putt while discussing biotechnology,” Gates said of his private getaways with Winblad.

“When I was off on my own thinking about marrying Melinda, I called Ann and asked for her approval,” he said, adding that Winblad gave the other woman the thumb’s up.

Winblad recalled, “I said she’d be a good match for him because she had intellectual stamina.”

Melinda had suffered this indignity for 27 years before she finally muscled up the courage to end her marriage with Bill.

In a filing before a Washington state court, Melinda said the marriage has broken down ‘irretrievably’.