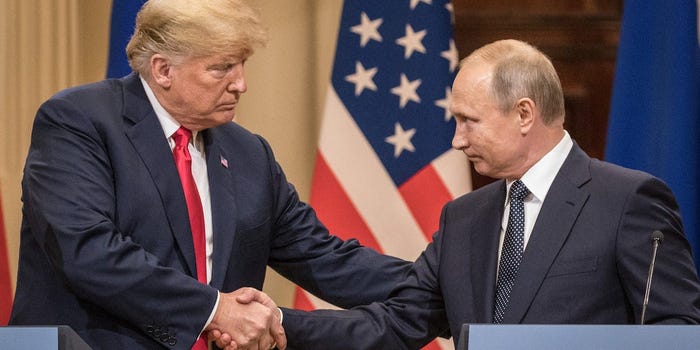 US President Joe Biden has retrieved records of what was said between Russian President Vladimir Putin and former US leader Donald Trump over the four years of Trump’s presidency, the Politico news outlet reported, citing sources.

According to the media outlet’s report on Tuesday, the new US administration is trying to work out whether Trump ever revealed sensitive information or made any deals with Moscow.

“They (Biden national security team) don’t need our approval to see those (records),” a former Trump White House official told Politico, adding: “Biden owns all the call materials. There is only one president at a time.”

The news portal noted that the White House did not comment on whether it had seen the call records.

He added: “Some things, like what happened in some face-to-face meetings where no American translator or note-taker was present, may never be fully known.

“But I would be very surprised if the new national security team were not trying to access (the calls).”

Trump, as noted by the media outlet, “closely guarded” his private conversations with foreign leaders during his four-year tenure, sometimes even restricting his staff’s and cabinet members’ access to prevent leaks.

Although the conversations were not recorded, the aides were usually on the line recording what was being said.

The transcripts, or the so-called memorandums of conversation, were preserved.