Beyond the pen: Imonikhe at 60, by Dan Amor 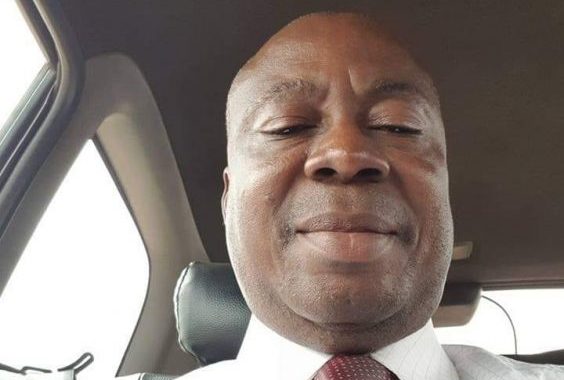 People often describe the job of a journalist as “writing history in a hurry”. The journalism profession is about the oldest, apart from teaching, in the country. It started in 1846, with the installation of a printing press in Calabar, by the Presbyterian Church missionaries.

Although the Calabar experiment could not stand the test of time, it nevertheless set the ball of the newspaper industry rolling in Nigeria.

But the impressive and dynamic history of the Nigerian press will not be complete without the mentioning of Thomas Etsezonobor  Imonikhe who turns 60 today. At this Diamond age, Imonikhe has traversed all the contours of the profession. Now, as a man of immense vitality and nobility of outlook, his distinction has gone beyond the pen confraternity.

In Nigeria’s pre-independence era, it was in 1854, that Henry Townsend, one of the missionaries-turned journalists, established his own printing press and inaugurated a printing school leading to the publication of  “Iwe Irohin”, the first Yoruba newspaper, published fortnightly  in the missionary compound in Abeokuta, for the reading pleasure and benefit of Egba people. Five years later (1859), an English edition was added. This triggered the journey of the journalism profession in Nigeria.

Despite the fact that the period cited above preceded the era of the alien-dominated press and the emergence of modern print journalism in Nigeria, the history of the Nigerian press cannot be complete without it. And there can be no doubt that even in the early period of the nationalist-dominated press, the consciousness of the African culture found vigorous expression in it.

The newspapers not only gave a piquant focus to existing currents of cultural thoughts but also provided a considerable intellectual stimulus which gave the campaign a unique character.

Whether the cultural movement brought about any outstanding institutional changes is another matter, since the European invaders were eventually replaced with local tormentors (the Nigerian military and civil politicians). Yet, the Nigerian press has consolidated the New Journalism and expanded the scope of its influence. The greater variety and sophistication of news and opinion presentation, for example, have helped to attract more readers, to facilitate the wider progress of ideas and to stimulate the growth of public opinion.

Again, the Nigerian press has certainly advanced beyond any draconian pedigree. Even protracted military rule has had the unanticipated consequence of bringing out the best in Nigerian journalists. Designated columns, concise editorials, editorial cartoons, and informed commentaries, now sparkle with wit and circumspection; and critical analysis has replaced vulgar abuse.

Also, at the moment, rigorous but elegant verse has taken over raucous prose, all thanks to the intellectual frame of practitioners. And Nigerian newspapers and magazines can now stand to be counted anywhere in the world.

Imonikhe can be counted among the thoroughbred and dedicated practitioners who have engendered the revolutionary turn around in the fortunes and narratives of Nigeria’s Fourth Estate of the Realm especially in the past three decades.

He is an acclaimed ambassador of the Nigerian journalism profession and manager of human and material resources. Many who have encountered him can testify to his devotion to his chosen career even at extremely challenging moments.

Imonikhe, our quintessential journalist and pen roller is certainly larger than life. He is a brilliant writer whose investigative skills and dexterity in newspaper production are second to none. He is a man of courage, idealism, tenacity and vision. These attributes and the power of public exposure in him foreshadow the dilemmas inherent in today’s journalism practice.

Having held very daunting and sensitive positions in the newsroom without blemish, the story of Thomas Imonikhe is synonymous with that of modern print journalism in Nigeria. Despite his tremendous wealth of experience and knowledge, Imonikhe, one of Nigeria’s most composite and swashbuckling editors, is something of a journalistic maverick.

Thomas was born on July 28, 1961, to the family of Pa and Madam Inwalomhe Imonikhe of the Imonikhe Compound, Iyazinogbo Quarters, Iyora-Uzairue in Etsako West Local Government Area of Edo State. He attended St. Paul Primary School, Iyora-Uzairue between 1968 and 1974, for his primary education.

He, thereafter, proceeded to Siluko Grammar School, Benin City (1974-1979) for his secondary education, following which he gained admission into the prestigious Auchi Polytechnic in 1983 to study Mass Communication, and graduated with a National Diploma in 1985. Not yet done with his academic pursuit, Imonikhe proceeded to the Lagos State University (LASU) in 1999 for a degree in History and International Studies and graduated with a B.A (Hons) in 2004.

Always painstaking, diligent and very thorough in the discharge of his duties, Imonikhe was promoted to the enviable position of News Editor 2005, in which he functioned until December 31, 2007.

A year later, August 24, 2012, he became member, Executive Management; and on June 1, 2013, Imonikhe started wearing the crown as Editor, Daily Champion. He was in this capacity until January 2018. He is currently, General Manager, Publications, Champion Newspapers. He is honest, self-effacing, humorous, unassuming and a man of integrity.

Thomas Imonikhe is undoubtedly, one of the most prolific writers among Nigerian editors whose career is as versatile and widespread as his experience. I studied and observed him closely when we worked together in Port Harcourt for about seven months.

Imonikhe is a pious, modest man whose life is suffused with a sense of peace and wellbeing. A family man who loves his wife and children next to God, Imonikhe believes that a man should not be afraid to be different. Perhaps, due to the nature of his job, first, as Group News Editor and later, as Editor, he knows a lot of men and women that matter in society.

He believes in the law of attraction which is the most powerful law in the universe. You are a powerful magnet, attracting into your life the equivalent of whatever you are strongly feeling or thinking about, including those you meet. He said to himself, that even with the salary of a journalist, his children would be like those of the rich in society and be given the best education and has no regret for this.

Baba Rita, as he is fondly called, a firm  believer of the Golden Rule (treat others as you would like others to treat you), is a member of the Nigeria Union of Journalists (NUJ) and the Nigerian Guild of Editors (NGE). Any journalist interested in achieving an understanding in true success and demonstrating a higher level of fulfillment should study Thomas Imonikhe. Happy birthday, my senior colleague and great friend.
*Amor, journalist and critic, lives in Abuja.

When five per cent is better than 100%, by Ola Emmanuel

Attrition of southern Nigeria professionals and the aftermath, by Peter Omonua