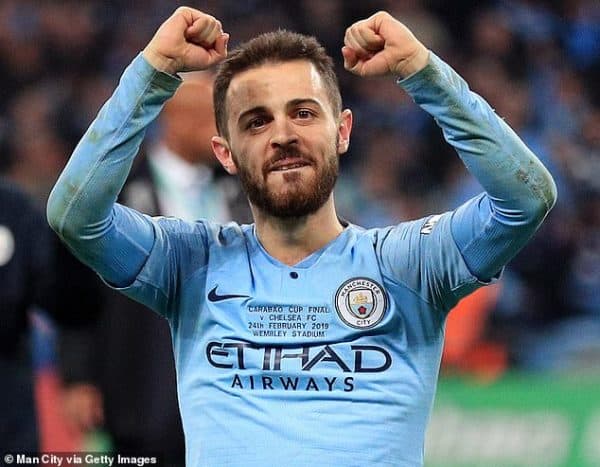 Bernardo Silva has been voted the Etihad Player of the Month for March.

After another flawless month for City, there were several strong contenders once again but as always, the choice was whittled down to three: Bernardo, Raheem Sterling and Ilkay Gundogan.

Bernardo has become something of a terrace hero this season, with supporters loving his energy, hard work and stunning technique.

The Portuguese playmaker has been a key component, particularly in March, as City claimed a 100 per cent record of results.

He scored in three successive games against Schalke, Swansea and Fulham, as the Premier League Champions continue the hunt for a clean sweep of trophies.

This season alone, he has clocked up 43 appearances in all competitions, netting 11 goals and providing 12 assists, and is staking a real claim for the Player of the Year award.