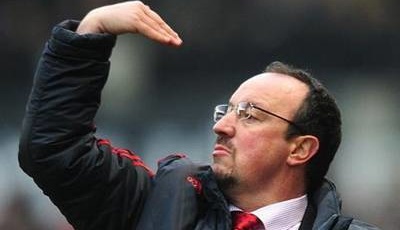 Newcastle United have confirmed that manager Rafael Benitez is to leave the club when his contract expires next week.
The Spaniard had been in talks with the Premier League side over a new deal for a number of months.
An agreement could not be reached between the two parties, however, and Newcastle have announced “with disappointment” that Benitez will leave St James’ Park on June 30.
A club statement read: “It is with disappointment that we announce manager Rafael Benitez will leave Newcastle United upon the expiry of his contract on 30th June 2019.
“We have worked hard to extend Rafa’s contract over a significant period of time, however it has not been – and will not be – possible to reach an agreement with Rafa and his representatives.”
Benitez’s coaching staff – Paco de Miguel Moreno, Antonio Gomez Perez and Mikel Antia – will also leave Newcastle, who are in takeover talks with Dubai-based billionaire Sheikh Khaled bin Zayed Al Nehayan.
Benitez signed a three-year contract to replace Steve McClaren in March 2016.
The former Liverpool and Newcastle boss guided United to Premier League promotion in his first full season, before finishing 10th and 13th in the top flight.