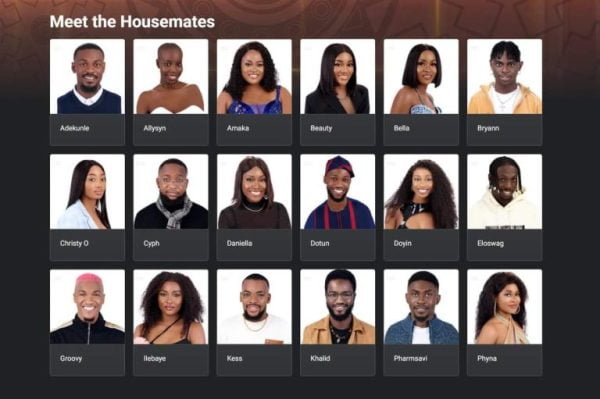 He said in a statement that Bella in a relationship with fellow housemate Sheggz has been trending for confrontations with her housemates.

Kola-Ogunlade said that Bella trending was as a result of her getting a strike from Big Brother for disobedience and provocation, causing reactions over her culinary skills and recently having a brawl with fellow housemate and Head of House, Phyna.

He said that former Miss Nigeria, Beauty, also made it as one of the top trending BBNaija housemates.

According to him, Beauty was ejected just two weeks into the show following a physical argument with a housemate, Groovy.

He said: “Khalid who was the second level 2 housemate to be evicted also featured as a trending housemate because of his on-screen romance with housemate, Daniella.

“While Bella, Hermes and Daniella have received the most search traffic overall, Daniella has generated the biggest search spike so far.”

According to him, regionally, Bella has drawn the most interest from Lagos, Osun, Kwara, Abuja, Kaduna and Enugu.

Kola-Ogunlade said that Hermes received the most search interest from Plateau, Benue, Ekiti, Delta and Abia.

He said that Daniella leads in Kogi, Cross River, Akwa Ibom, Rivers, Imo, Edo, Ogun and Oyo, while Groovy generated the most searches in Ondo and Anambra.

The Communications Manager said that the show had also seen people turning to Google to find out more about their favourite housemates, the house and where to watch the show.

Kola-Ogunlade said the show started airing on July 28, adding that housemates were originally admitted into two houses: Level 1 and Level 2, to compete for the grand prize of N100 million.

He said that so far, there have been 12 evictions, two fake housemates leaving and a housemate who was ejected from the competition.

According to him, as the interest of the show remains high, there are housemates who are dominating when it comes to online searches with different regions across the country showing clear favourites.

He said that Bella, Beauty and Khalid lead with the most searched interest, followed by Hermes, Daniella and Amaka.