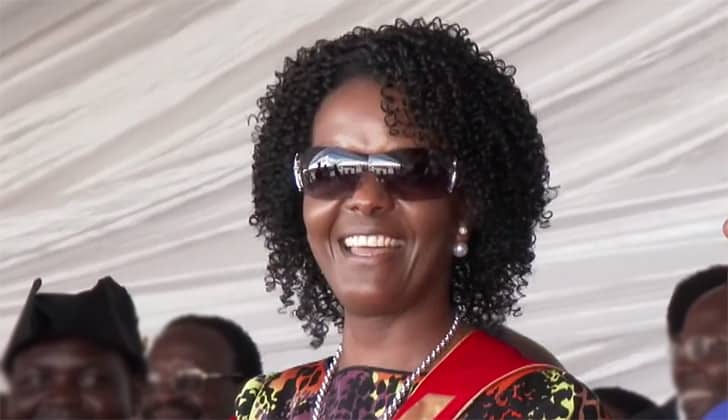 A Belgian-based businessman on Friday challenged Zimbabwean First Lady, Grace Mugabe’s accusation that he duped her of a $1.35 million diamond ring and asked her to provide the court with evidence to back her lawsuit.
President Robert Mugabe’s wife Grace this week sued Jamal Hamed in a Harare High Court, accusing him of failing to deliver the 100 carat jewel she said she had ordered from him for her wedding anniversary in 2016.
Grace, 52, who is seen as a possible successor to her 93-year-old husband, said Hamed had instead provided an inferior ring worth $30,000 and when she had complained had refunded only $120,000.
Hamed filed his own court application disputing the claim and demanded that Grace should supply the court with details such as a copy of the sale agreement and proof of payment before he put in his defence.
Hamed’s lawyer, Beatrice Mtetwa, said she had deposed the court papers on behalf of her client on Friday.
In the court papers seen by Reuters, Hamed, a British national, said Grace should also provide proof that he in fact owned Zimbabwean companies the first lady wished to be sold to recover the money.
“When, exactly, is it alleged the payment was done? Full dates are required. Full details of the account holder, the account number and a copy of the account statement are required,” Hamed said in the court application.
Grace’s lawyer, Wilson Manase, did not answer his phone when contacted for comment.
The court case has lifted a veil on the wealthy lifestyle of Mugabe and his wife, nicknamed “Gucci Grace” for her reputed dedication to shopping, at a time Zimbabwe is in the grip of a severe US dollar crunch and cash shortages.