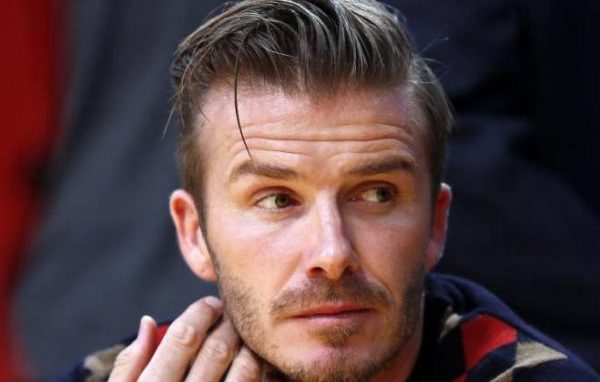 David Beckham is set to join Paris Saint-Germain on Thursday (today).
He is said to be on his way to the French capital for a medical.
The former England captain is expected to be unveiled at a news conference later this afternoon, says the Press Association.
The report continues: Sources close to the player say Beckham has made the decision to go to PSG after considering lucrative offers from around the world.
Beckham made his choice mainly for football reasons – the fact PSG are in the Champions League knockout stage and the prospect of winning a league title in a fourth country proved attractive.
The clincher was the presence of coach Carlo Ancelotti and director Leonardo at the club – Beckham knows both men from their time at AC Milan where he spent time on loan from the Los Angeles Galaxy.
PSG have the financial clout too – they are Qatari-owned and have been the highest-spending club in Europe in the past year.
Beckham received 12 formal offers from around the globe including South America, North America, South Africa, Russia, China and the Middle East as well as Europe.
The 37-year-old is viewing his next move as potentially his last after ending his six-year spell with the Galaxy before Christmas.
He has recently been training with Arsenal to try to boost his fitness levels ahead of a move.
According to Arsenal manager Arsene Wenger, Beckham, who started his career at Manchester United before moving to Real Madrid, will need to get in shape before he is ready to play matches.
Wenger said this week: “He told me that he doesn’t look at all to be in shape. Beckham is super-ambitious.
“If, in his mind, he wanted to play in the Premier League he would not have gone on holiday. He would have prepared and come in and tried to impress me. He told me he has done nothing at all.”

ABOUT US
Contact us: [email protected]eeagleonline.com.ng
FOLLOW US
© The Eagle Online is published by Premium Eagle Media Limited.
We use cookies to ensure that we give you the best experience on our website. If you continue to use this site we will assume that you are happy with it.Ok