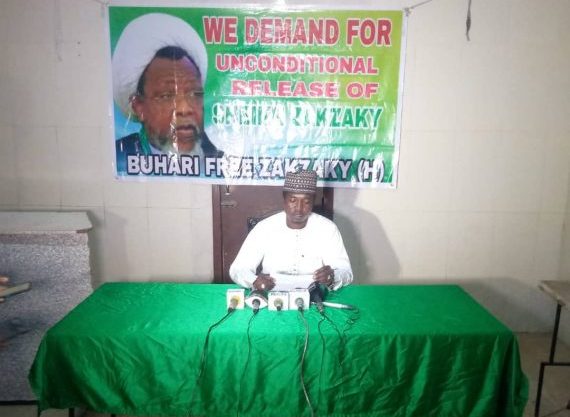 The Islamic Movement in Nigeria on Friday called on Nigerians to be mindful of foreign interference in the internal affairs of the country.

He spoke at a press briefing in Abuja.

Musa made the call following allegations that Saudi Arabia was behind the predicament the IMN Leader, Sheikh Ibraheem El-Zakzaky, is facing in the country currently.

He said: “In the year 2018, in an interview with the Time Magazine, published on April 5, about three years after Zaria pogrom, the crowned prince of Saudi Arabia, Mohammad bin Salman boasted of Riyadh’s success in the suppression of Sheikh Ibraheem El-Zakzaky.

“Over again, Dr. Zayeed Al-Amri, a member of the Saudi Arabia National Strategic Planning and Development Agency, commented briefly, during his interview with the Hausa Service of Deutsche Welle, a German radio station, that ‘what the prince meant was since he announced his plans to attack the enemy, Saudi Arabia has successfully assassinated Iran in Yemen, Sudan and Somalia and Djibouti, as it has shattered her attempt to establish the Hezbollah regime in Nigeria and prevented Ibraheem El-Zakzaky from executing coup in the country.’

“Now, it is glaringly clear that Saudi Arabia and other countries piggybacked on Buhari and his regime to kill Sheikh El-Zakzaky and annihilate the Islamic movement he founded, and is yet leading.

“For, while the domestic accessories to, and the partners in, the many war crimes inclusive of murders, tortures, arson and a lot of wilful destruction get on with playing to the gallery, Riyadh has just about exposed herself, and has equally given their ‘generous’ co-conspirators away.

“Apparently Buhari put Nigeria’s sovereignty up for sale, then Riyadh and her allies grabbed the perfect window of opportunity to have their bidding done.

“But, Nigerians should resent and be mindful of foreign interference in the internal affairs of our country.”

According to Musa, if Saudi Arabia and those giving her some backing succeed in their crazy crave for the annihilation of Sheikh El-Zakzaky and his followers, has anyone an inkling of which group of countries come next.

He added: “Nigerians ought to take exception.

“The earlier the better, and the more preferable to folding hands seeing the worst happening.”

He noted that the attacks on El-Zakzaky and his followers has rendered no fewer than 1,866 children orphaned.

Musa, who condemned the continued detention of El-Zakzaky and his wife, Zeenah, said the group would continue to protest until their leader and wife are released unconditionally.