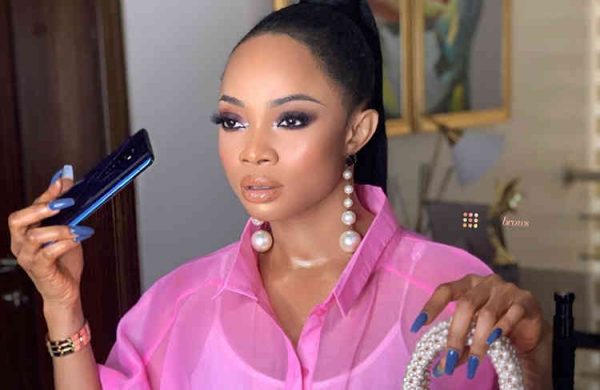 Relationships in the house are a big part of the Big Brother Naija game. “Ships”, as the fans and viewers mostly call them, are always a highlight each season. Some ships start earlier than others, while some end as fast as they begin.

On the 11th episode of BBNaija: The Buzz, Toke Makinwa and her guests, Content creators Glory Elijah and Philomina Moses and media personality, Chukwudi, aka Husband Material, talked about the ships in Biggie’s house. From the ones getting ready to sail to those in the middle of the sea to the ones that are almost sinking.

They discussed Doyin and Chizzy, Groovy and Phyna, Dotun and Daniella, and Allysyn and Hermes.

On Daniella and Dotun, Philomena thinks Daniella uses Alcohol as a defence to do what she really wants to do. When she noticed she’d like to do more with Dotun, she started drinking more and then went outside for a kiss. Glory added that Daniella is very calculated, and her moves are strategic and thought out.

Groovy and Phyna might have been having a smooth sail; however, the guests think that Groovy’s closeness with Sheggz is rubbing off on him as he is beginning to set ground rules for Phyna in the relationship. This might be him trying to show his Alpha male side, but it does not look like Phyna will be an easy one to control.

The guests added that the housemates are becoming too controlling in their ships, laying ground rules and setting boundaries. They are limiting their partners from dancing with other housemates during parties.

Moving on to Hermes and Allysyn, Toke said it seemed like Allysyn has accepted the whole situation of Hermes having two girlfriends outside the house. Glory added that she is probably looking for protection and someone that could give her that standing in the house. She further says she fluctuates and is as indecisive as Daniella.

Another exciting pair is Doyin and Chizzy. A pretty unlikely ship no one expected. Philomena is of the opinion that maybe Doyin is desperate to be a pair in the house because she sees the need to attach herself to someone in the house.

Speaking on the current HOH Hermes and his focus on food and tasks, Glory said he comes off as a coward because he shouts into thin air during arguments rather than direct his jab at a particular housemate. Husband Material added that it was probably a strategy where you don’t talk to people directly but instead wait for someone to react, which will determine your next move.

The Buzz is exclusive to Showmax, and new episodes drop on Tuesdays and Saturdays at 7 pm WAT.

The organisers urge viewers to visit www.showmax.com or dial *447*2*2# from an MTN line to subscribe for Showmax mobile for as low as ₦1,200 to stay up to date on the drama from the BBNaija Level Up season.