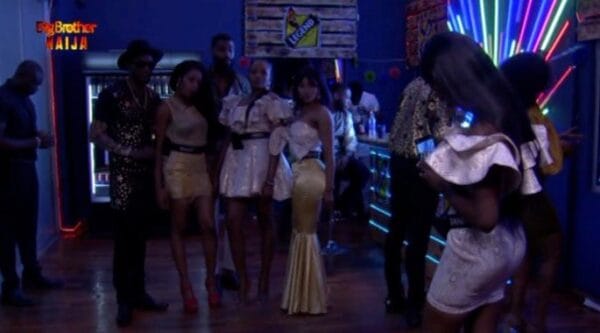 Fans have described the party on Saturday as below expectations.
The News Agency of Nigeria reports that the eighth party in the ongoing BBNaija season 4, failed to keep the same pace the last party was praised for.
This season, the Saturday parties have received mixed reviews week in, week out with fans complaining that housemates were too conscious.
The narrative, however, changed on August 31 when the housemates let loose and each house relationship partners found time to dance with themselves.
Some fans took to social media to blame DJ Enimoney for poor music choices, while others claimed the housemates had too much trouble between them to enjoy the party.
@Dopekidtrinity said: “Worst party this season.”
@Barbsjojo tweeted: “Very boring party tonight.”
@Tominsinibitoye said: “DJ enimoney killed but the housemates are always boring when it comes to party #BBNaija.”
@Abass_excellent said: “@BBNaija djenimoney is given is best but the housemates are sleeping.”
@Phoenixemeka tweeted: “#BBNaija. This #djenimoney no try at all. This party is dry. No energy at all.”
NAN.

SERAP to court: Order Buhari, Osinbajo, 36 governors to publish their...