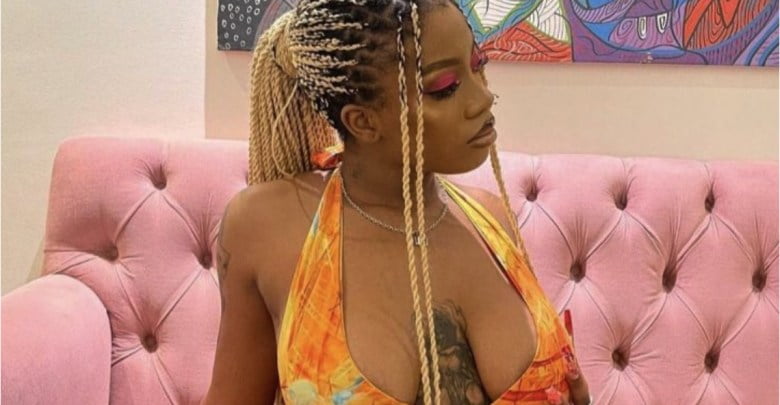 Share
Facebook Twitter LinkedIn Pinterest Email
Big Brother Naija, housemates, Angel and Pere, had a serious clash in the house on Wednesday night over a joke by the male housemate.
Angel was angry at Pere over the “silly jokes” he made while the housemates were still in a confused state over Nini’s disappearance.
While they all deliberated on how Nini disappeared from the house, some of them insinuated that she might be a fake housemate, with Angel stating that she asked her about having fake housemates in the house.
Pere confronted Angel for not talking about it earlier, but Angel clapped back, telling him that she had said it earlier and he should shut up.
In response, the 36-year-old actor said: “This one that doesn’t know how to talk to someone.
“This one that’s still growing teeth.”
Angel was not having any of the jokes as she started to blast Pere.
“Stop the silly jokes. It’s getting boring. I’ve told him before. It’s not funny,” the 21-year-old housemate said.
Whitemoney stepped in and told Angel that it was okay, but Angel, while facing Pere, asked him (Whitemoney) not to tell her that it was okay.
She said: “I’ve warned you and I’ll warn you again.
“Shut up.
“The jokes are getting boring.
“Don’t be stupid.
“If you want to make your stupid, silly jokes, don’t make them when I’m around you.”
Responding to his comment that she is still growing teeth, Angel said: “You did not know that my teeth was still growing when your dick was getting hard in my mouth.
“Fucking idiot.”
Pere did not respond to her.
Angel Big Brother Naija Nini Pere
Share. Facebook Twitter Pinterest LinkedIn Tumblr Email