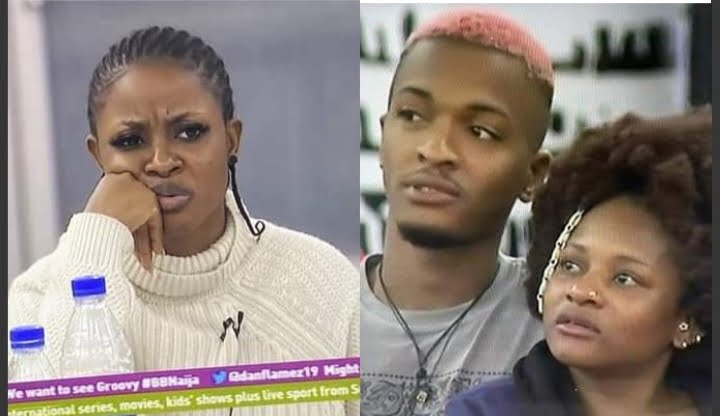 Drama in the Level Up house continued on Tuesday as Bella and Phyna engaged in a war of words that engulfed the whole house.

It all started after three evicted housemates, Eloswag, Doyin and Chomzy made their way back into the main house.

The three were evicted from the show on Sunday and moved to Level 3 as Big Brother guests. They were brought back into the house Tuesday afternoon to the surprise of others.

Shortly after the reappearance, Phyna convened a meeting to discuss the task for their weekly wager. In between the meeting, Bella brought up the issue of food, to which Phyna responded that there should be no other discussion in the meeting aside from the task.

Bella responded that no one can tell her what to talk about in the house, not even the HoH. In one of her responses she said “HoH my foot”. Phyna also responded that Bella is in love with someone who calls her useless and stupid.

On Monday night, Bella and Sheggz had requested to have the foodstuff meant for their evicted friends, Eloswag and Chomzy. Phyna denied them the request saying there were no prior instructions from the evicted housemates on who should get their foodstuffs.

The lovers insisted that they were entitled to the food since it was the house trend that whenever a housemate is evicted, their foodstuffs go to their closest friends in the house. But Phyna insisted they would not get the food.

The food conversation was triggered by reemergence of the three evicted housemates. The Level 3 housemates are no longer in competition for the grand prize, but can participate in house tasks. Though they participated in the nomination process on Monday, their nominations were void.

They will remain in the house as Big Brother guests till September 18.