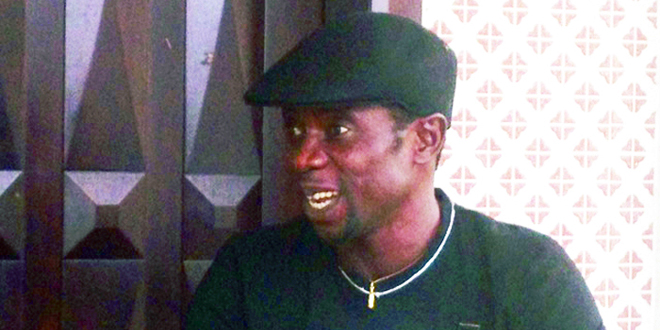 The Bayelsa State Police Command has promised to beam its searchlight on a notorious ex-militant, Eris Paul, popularly known as Ogunboss, and others who masterminded the terrorism and violence during the December 5 and 6, 2015 and January 9, 2016 governorship election.
No fewer than 14 persons, including soldiers and police officers, were said to have died in the Bayelsa State governorship election.
Meanwhile, the traditional ruler of Peremabiri community, Chief Progress Never Die, who was shot at close range by the suspected militant group, led by Ogunboss, and additional nine people with severe gun injuries were brought to Yenagoa on Monday night and are receiving treatment at the Glory Land Hospital, Yenagoa.
The affected people are Ebi Lambert, Ayibaesin Kala, Ekpoibimunu Newman, Julius Waritua, Malomo Polomi, Felix Ebi, Mike Tata, Daddy Tarimimo and Emmanuel.
Speaking with journalists in Yenagoa, the Bayelsa State Commissioner of Police, Peter Ogunyanwo, said Ogunbos and his boys would face prosecution after thorough investigation.
According to Ogunyanwo, the police command was working hard to restore peace to the Peremabiri community.
He assured the people that the command would prosecute all those involved in the terror attack on the town after the poll, submitting that it would serve as deterrent to others.
An eyewitness also spoke on the Peremabiri attacks, saying on the day of the poll, supporters of the PDP were holding a meeting to strategise on how to vote for the incumbent governor and candidate of the Peoples Democratic Party, Henry Seriake Dickson, when information came to them that General Ogunbos and his boys were planning to attack the community.
He said: “As we heard of the planned attack, we all came out from the venue of the meeting in Peremabiri Constituency 3.
“Amongst us were the paramount ruler of the community, Chief Progress Never Die, and a host of other PDP supporters.
“Suddenly, we saw General Ogunbos and his boys who were all armed with AK 47 appearing from different directions shooting at us.
“In the ensuing confusion, we ran into the nearby bushes for safety, where some of us took a local boat to Igbomotoru Community.
“Even as we speak, General  Ogunbos and his boys have overran the community, occupied it and burnt down houses, including that of Chief Progress Never Die and  supporters of the PDP, while the community has been deserted as many of the people are hiding in the nearby bushes and some have fled to neighbouring communities.”