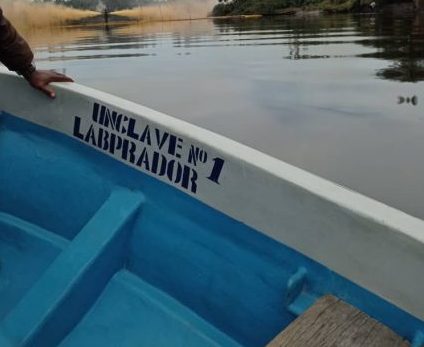 The Bayelsa State Government has expressed worry over Aiteo Production Company’s failure to plug the leaks at its oil field in Nembe, two weeks after the incident was reported.

The Bayelsa State Government reacted to the failure of Aiteo to act on the leakage on time in a statement on Friday.

The statement was signed by the Commissioner for Information, Orientation and Strategy, Ayibaina Duba.

The News Agency of Nigeria reports that the incident occurred on November 5 at Santa Barbra Well 1 Oil Mining Lease (OML) 29.

Duba stated that Governor Douye Diri was disappointed that the company had not taken any concrete step to rectify the problem since the equipment failure was reported.

He stated that Diri “wondered why the massive spill has continued unabated, leading to extensive pollution of the rivers, waterways and farmlands in Nembe Local Government Area, even when the company’s management is aware of the situation”.

He said: “The governor is gravely concerned that if the high volume of crude being spilled continuously is not stopped immediately, it will spread to many more communities.

“This will undermine the economic life of residents, who are predominantly farmers and fishermen.

“Diri warned Aiteo not to assume that this criminal neglect of its facilities and disregard for human life and the environment, as demonstrated by its conduct will not be accounted for.”

Duba quoted Diri to have also warned the oil firm to be prepared for the consequences of its failure.

According to the statement, government will not stand by and watch it put human and aquatic lives and the environment in jeopardy.

It urged the residents of Nembe to be law abiding and remain peaceful, assuring them of government’s commitment to their wellbeing.

The News Agency of Nigeria recalls that officials of the National Oil Spills Detection and Response Agency deployed to ascertain the cause of the leak reported that the magnitude was hampering investigations.

The Director-General of NOSDRA, Idris Musa, told NAN that the agency had directed the operators of the facility to plug the leak for investigations to begin.

Musa said that other oil firms in the country, under the auspices of Clean Nigeria Associates, had been drafted to join Aiteo in the recovery of spilled crude.

Meanwhile, residents of the area have expressed worry over their health as the gaseous discharge had gone unabated for 14 days.