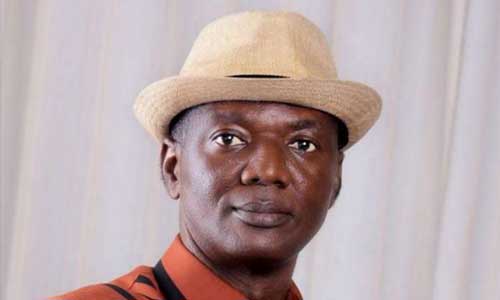 The Bayelsa State Deputy Governor, Lawrence Ewhrudjakpo, has expressed worry over dwindling revenue allocations to the state from the Federation Accounts in spite of rising oil prices at the international market.

Ewhrudjakpo spoke in Yenagoa, on Thursday, while receiving a report by the 12-member committee set up last week by the state government to look into claims made by former councillors concerning their unpaid allowances.

The News Agency of Nigeria reports that the deputy governor also lamented the galloping inflation in the country, which had escalated the cost of living to an unbearable level for majority of the citizens.

Ewhrudjakpo, who queried the parameters currently being used by the Federal Government to determine allocations, maintained that revenues accruing to local councils and the state government had been on the decline in the face of increasing oil prices.

This downward trend, he noted, was making it difficult for both tiers of government in the state to fulfill some of its obligations as and when due.

Commenting on the report, the deputy governor, commended the committee for carrying out their assignment thoroughly and within the stipulated timeframe.

While promising to look into the report, he, however, stated that government might not be able to fully implement the committee’s recommendations, in view of the current financial realities facing the various councils.

He said: “I want to thank you all for doing a good job within the one week that was given to you.

“We are going to peruse and comb through it with a fine tooth comb.

“If there are recommendations we need to make to the Governor, we will do so and possibly get back to you.

“But part of your recommendations says the sum of N500,000 should be paid to each of the former councillors monthly beginning from August this year.

“This is going to be a little hard for the councils.

“For instance, Southern Ijaw has about 17 councillors and so, if you multiply N500,000 by 17, that will amount to about N8.5 million for that council.

“Sagbama council that has been in the red will have to cough out about N7 million and so on.

“We will call for a meeting with the chairmen to discuss possible ways of implementing your recommendations because the load is not actually that of the state government.

“While we will like to give a helping hand, we will not do so at our detriment because as we speak, the state government is even supporting some of the councils to pay salaries due to falling allocations.

“We have been experiencing a downward trend for reasons we don’t understand.

“Our crude oil prices are higher now, but our allocation is getting smaller by the day.

“I don’t know the parameter they are using now.

“Clearly, what they are using is not in tandem with international standards.

“Our economy is continually nose-diving, our naira continues to depreciate and there is high inflation that is making things extremely difficult for Nigerians.”

Presenting the report, Chairperson of the committee, Ebiere Igodo-Adeh, disclosed that the various councils were owing about N2.5 million to each of the former councillors that served from 2013 to 2016.

The committee, Igodo-Adeh said, made two recommendations to government, one of which was the monthly payment of N500,000 to each of the former councillors by the eight councils for the entire backlog of allowances to be cleared in four months.

While the second recommendation called on the state government to give its support in clearing the debt, in view of the current precarious financial situation of the local government councils in the state.

Igodo-Adeh, who is also the Permanent Secretary, Ministry of Local Government, Chieftaincy Affairs and Community Development, expressed gratitude to the government for giving them the opportunity to serve the state.