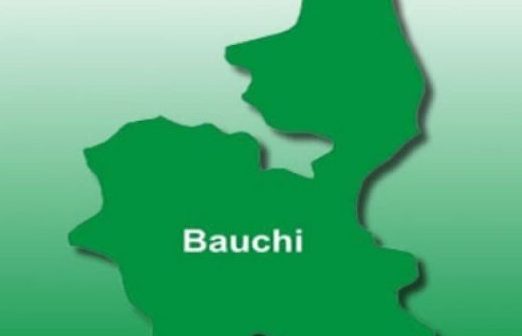 The Bauchi State Government says it will prosecute the 1,115 ghost workers uncovered in the verification exercise of workers in the state and local government service.

Gov. Bala Mohammed, stated this when he received the report of the 25-member Workers’ Verification Committee, on Thursday in Bauchi.

The committee saddled with the responsibility of sanitising both the nominal and payroll of the civil servants in the state declared 1,115 ghost workers and 5,429 illegal employees in the state.

The committee also declared 1,712 illegal pensioners in the state and local government service.

Mohammed said the state government would constitute a committee to carefully study and implement the findings and recommendations of the verification committee, and expressed readiness to prosecute the culprits.

He said that those found to be involved in collecting undeserved salaries and pensions would be prosecuted to serve as deterrent to others.

The governor lauded the committee for a job well done, saying that his administration would not condone sharp practices in the civil service and other official or private engagements.

The Chairman of the Verification Committee,  Sen. Baba Tela, said while presenting the report, that the committee adopted a task force approach to effectively handled the assignment.

Tela, who is also the deputy governor of the state, said that the committee conducted verification of workers across the 76 Ministries, Departments and Agencies (MDAs) as well as the 20 Local Government Councils (LGCs).

He said that the total number of personnel uploaded on the Employees Enrollment Portal for the state and local government stood at 80,236, comprising of 29,752 for the state and 50,484 under the LGCs’ service.

The chairman revealed that N511 million were saved monthly from the exercise, while the total salary warehouse that would be paid to the cleared civil servants stood at N489.8 million.

Tela said the committee recommended for the continuation of qualitative analysis of nominal roll data; training of all process owners such as Chief Executive Officers, Permanent Secretaries, Directors, Staff Officers and Accountants.

“Severe disciplinary actions should be taken on all violators of the new salary reforms whether they individuals or groups within and outside the public service. And it should applicable to salary managers in either the state or local government service.

“Where the public service regulations are in adequate to give the necessary and appropriate sanctions based on the gravity of the offences recourse could be made to appropriate state laws for the sanctions.

“Centralisation of salary supervision and control by the office of the Head of the Civil Service and Accountant General for the state and Ministry for Local Government,” he said.

In a remark, Danjuma Saleh, Chairman, Nigerian Labour Congress (NLC), Bauchi State chapter, urged the state to expedite action on the implementation of the committee’s recommendations.

Sale, who is also a member of the committee, said the recommendations would sharp practices and other leakages in the civil service.

The News Agency of Nigeria reports that the committee was set up in March 2021, with the mandate of clear and sanitise the nominal and payroll of the state.