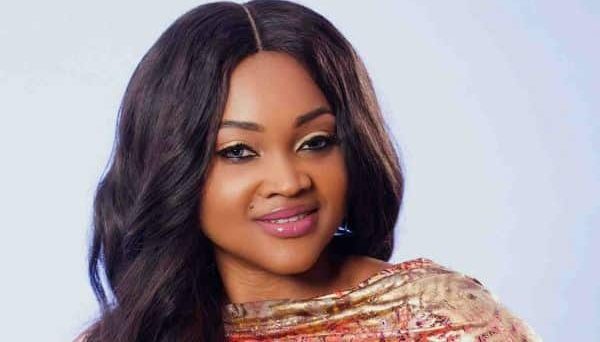 For beautiful Mercy Aigbe, whose battering by her husband few days ago has made headlines, life goes on.
Just as workers marched to celebrate the Special Day, the diva announced she is opening her shop for business and even offers patrons a special discount.
“Over to you Jehovah!!!! My dress of course from @mag_divas.
Off to the shop!……. Expecting you guys, don’t forget special discount on today’s purchases.”
Aigbe is also now a campaigner against domestic violence and wife battery.
Twice, since her husband Lanre Gentry’s attack, the Nollywood actress has turned her Instagram Page, with 2.1 million followers, into a platform to campaign against the abuse.
The latest was a combo photograph published on Monday.
In one part, an abusive husband shuts the mouth of his petrified wife, with his hand on which is written several messages, such as: “I Love you”; “I didn’t mean it”; “I’m Sorry”, etc.
In the second, the beastly husband, is shown showing some remorse, for his action.
The combo photograph may well be illustrative of Aigbe’s situation.
Though her husband, friends and relatives have been trying to resolve the domestic conflict, the actress appears unsatisfied as she has reported the assault to the Lagos State Ministry of Women Affairs for justice.
The New Telegraph on Sunday reported that she had taken the matter to the Lagos State Government for investigation.
A top official revealed that the ministry had received the petition and that it is treating it with urgency, due to the mandate given to the ministry by Governor Akinwunmi Ambode to crack down on domestic violence especially against women.
“I am commenting on this based on your manner of approach, so please I’d like my privacy to be respected. Truly, the case is with us here.
“We’re still very much on top of the matter and we’ll get it to its logical conclusion.”
A human rights activist, Esther Ijewere, who was the first to render help to the actress, stressed that there is no justification for domestic violence.
Ijewere said: “There is no justification for domestic violence, at all.
“You as a man, if you can’t stand the heat, then take a walk out of the kitchen. Real men don’t hit their wives; celebrities are human, we should not be too quick to judge.
“She has taken a bold step; the best we can do is pray for her and support her in any possible way we can.”
Clearly trying to effect damage control, Lanre Gentry posted a picture of himself and his wife on his Instagram account, saying: “I love my wife and I will never beat her.”
NAN.