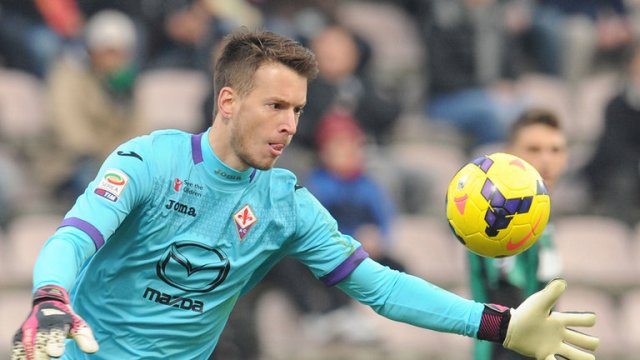 Barcelona have agreed to sign Brazilian goalkeeper Norberto Murara Neto from Valencia for an initial 26 million euros, the La Liga champions said on Thursday.
Neto will sign a four-year deal with Barcelona that will keep him at the club until the end of the 2022-23 season.
The Brazilian goalkeeper will replace Dutch goalkeeper Jasper Cillessen who moved the other way on Wednesday.
“FC Barcelona and Valencia CF have reached an agreement for the transfer of the player Norberto Murara Neto,” Barcelona said in a statement.
“The cost of the transaction will be 26 million euros (23.30 million pounds) plus 9 million in add-ons.”
Barcelona also said that they would be inserting a release clause of 200 million euros in Neto’s contract and the 29-year-old is expected to be backup to first-choice Marc-Andre ter Stegen.
Neto made 47 appearances for Valencia in all competitions last season
The Brazilian also had 10 clean sheets in La Liga which helped Valencia qualify for the Champions League after they clinched the fourth and final spot at the end of the campaign.
Neto, who was born on July 19, 1989 began his career with Brazilian side  Atletico Paranaense and later played for Italian side Fiorentina.
He joined Juventus in 2015, where he won the domestic double in each of his two seasons with the club, serving as a back-up to starter Gianluigi Buffon in the league, but appearing in all of the club’s games in both of their victorious Coppa Italia campaigns.
In 2017 he joined Valencia.
Two years later – on June 27 – FC Barcelona announced the signing of Neto, a Brazilian Portuguese.
He was first called up for Brazil in 2010, but did not make his debut until 2018.
He won a silver medal at the 2012 Olympics and was part of Brazil’s squad at the 2015 Copa America.
Reuters/NAN.