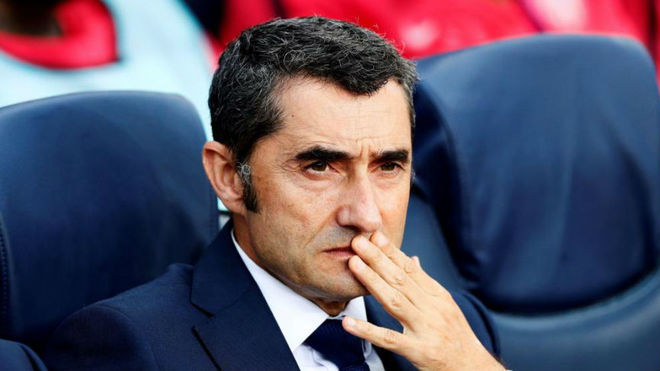 Barcelona are ready to sack manager Ernesto Valverde after the La Liga giants suffered disappointment in both the Champions League and Copa del Rey.
Valverde led Barca to victory in La Liga but they surrendered a 3-0 first-leg lead against Liverpool in the Champions League semi-finals before suffering defeat by Valencia in the Copa del Rey final.
The manager has received public backing from players and the club president Josep Maria Bartomeu in recent days.
But now, according to RAC1, the Catalan giants are set to axe the 55-year-old after two years in the hotseat.
Only last week, in the wake of the 2-1 Copa del Rey defeat by Valencia, Bartomeu told Marca: “We won the league, so it has been an important season. Valverde has a contract and is the coach.
“This defeat was not the fault of our coach… (and) I wouldn’t consider this season a failure.
“It was very good without being excellent. We lost a couple of matches here and at Anfield that cost us two titles.”