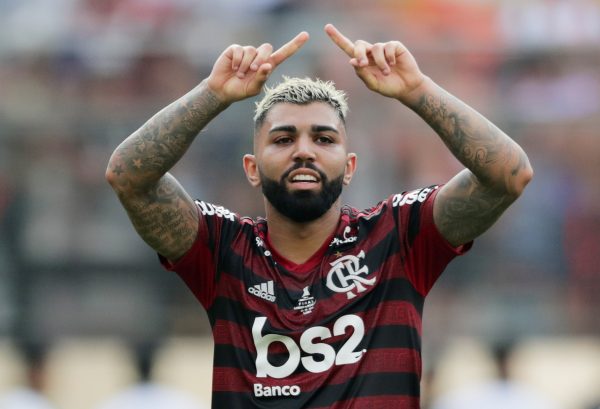 Flamengo will hold on to loan signing Gabriel Barbosa after the prolific striker agreed a permanent deal from Italian side Inter Milan, the player and the Brazilian club said on Tuesday.
Barbosa, who scored both the goals that helped Flamengo beat River Plate 2-1 and win the Copa Libertadores in November, signed a reported five-year deal for around 17 million euros ($18.86 million).
“If it’s for the good of the (Flamengo) nation, I’ll stay,” the 23-year-old Barbosa said on Instagram.
The former Santos player was the top goalscorer in both the Libertadores and Brazil’s first division last year and a key player in Flamengo’s most successful season since Brazilian great Zico played for the club in the early 1980s.