Banks have not taken over our company – Etisalat 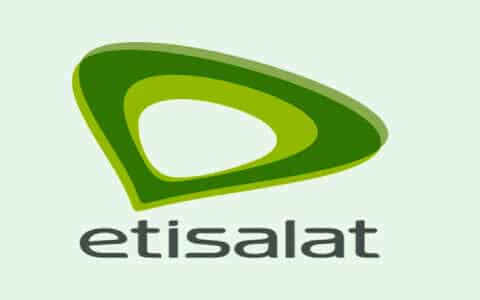 The Head of Public Relations, Etisalat Nigeria, Oluseyi Osuntedo, on Thursday dispelled the news that banks had taken over the company.
Osuntedo told the News Agency of Nigeria in Lagos that talks were still ongoing between the banks and the company.
She said the company was not being picketed as rumoured by some people, adding that whoever was giving the information was not telling the truth.
Osuntedo said: “Discussions are going on; nobody is taking up the company.
“It is not true that we are being picketed.
“Whoever gave the information is not telling the truth.”
A NAN correspondent who visited the company’s Head Office at Banana Island, Lagos State also confirmed that the scenario at the office was calm and business going on as usual.
NAN reports that Etisalat on March 8 was reported to have been taken over by three banks because of their alleged N541.8 billion debt.
Despite the intervention of the Nigerian Communications Commission to broker a peaceful resolution between Etisalat Nigeria and a consortium of banks, it appears the effort may not have yielded a truce.
The consortium of some foreign and Nigerian banks, including Guaranty Trust Bank, Access Bank and Zenith Bank, have been having a running battle with the mobile telephone operator over a loan facility totalling $1.72 billion (about N541.8 billion) obtained in 2015.
NAN reports that the loan, which involved a foreign-backed guaranty bond, was for Etisalat to finance a major network rehabilitation and the expansion of its operational base in Nigeria.
However, Etisalat failed to meet its debt servicing schedule, agreed since 2016, for which they were reported to the banking sector regulator, the Central Bank of Nigeria, and its communications sector counterpart, the NCC.
Etisalat was said to have blamed its inability to fulfil its obligation to the banks on the current economic recession in Nigeria.
The banks said their attempt to recover the loan by all means was fuelled by the pressure from the Asset Management Company of Nigeria, demanding an immediate cut down on the rate of their non-performing loans.
NAN also reports that NCC appears not to be favourably disposed to the takeover proposal, as it believed that Etisalat is not only a viable going concern, but also willing and able to negotiate the servicing of its loans.
Etisalat is Nigeria’s fourth largest telecoms operator, with about 21 million subscribers as at January 2017, according to the NCC.
The company commenced business in Nigeria in 2009.
NAN.