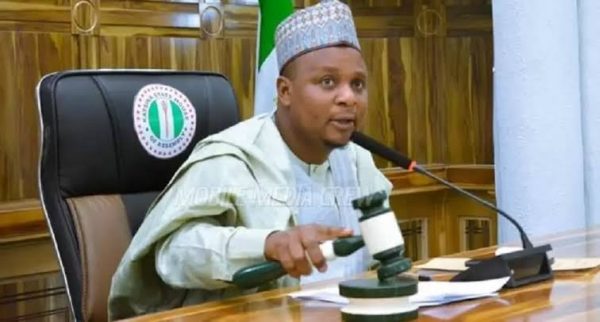 Alhaji Shehu Dalhatu-Tafoki, Deputy Speaker, Katsina State House of Assembly, says the current security situation in the state affects over 90 per cent of the farmers.

The lawmaker, representing Faskari Constituency on the platform of the All Progressives Congress, said this on Friday.

Dalhatu-Tafoki disclosed this in an interview with the News Agency of Nigeria in Katsina on Nigeria’s 61st Independence Anniversary.

Faskari Local Government Area is among the frontline areas affected by banditry and kidnapping.

According to Dalhatu-Tafoki, the issue of agriculture, which is one of the cardinal objectives of President Muhammad Buhari’s administration, had suffered a lot due to the banditry.

He said: “When you look at the frontline LGAs in the state, you will realise that all were dominated by farmers, and this situation has scared away over 90 per cent of them from their farms.

“Especially in my LGA, which has vast farmland than any other area in the state, we have over 1,750 hectares of farmland.

“We produce about 50 per cent of farm produce.

“But with the current security situation, we cannot produce up to 20 per cent of what we normally produce.

“Even those that can farm, their goods are not getting the needed attention due to the insecurity.

“This brought a lot of setbacks to the sector.”

Dalhatu-Tafoki further commended the federal and state governments for shutting down the telecom services in the frontline areas, saying it is yielding good results.

According to him, if such the measure can bring an end to the situation, he would not mind the shutting down to be extended to the end of the year.

Dalhatu-Tafoki further called on security agencies to intensify their operations to every affected area in the frontline LGAs.

Regarding national development, the lawmaker commended the Federal Government for improvement recorded in the conduct of elections in the country.

According to him: “There is a lot of improvement in that area compared to previous elections in the country.”

He added that government had recorded successes in many areas of development despite the security challenges.