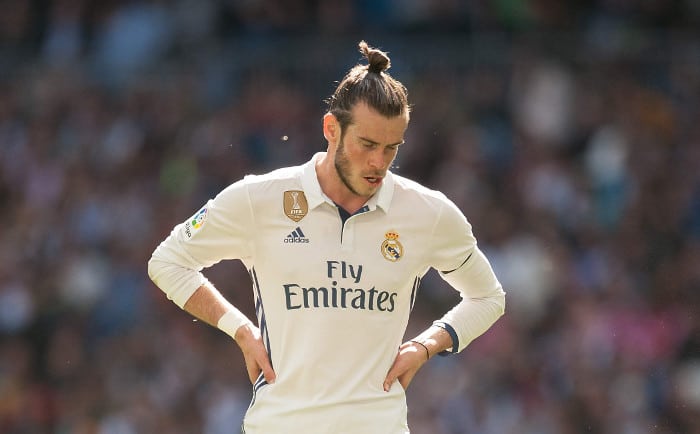 Gareth Bale has been ruled out of Real Madrid’s Santiago Bernabeu homecoming on Sunday after suffering a recurring muscle injury in training, according to a report.

The Welsh forward had started all of Real’s first three La Liga matches this campaign, as his career in Spain has been unexpectedly revived under returning manager Carlo Ancelotti.

However, according to The Mirror, Bale will now miss his first game of the season after being excluded from the matchday squad and being pictured with a bandage wrapped around his right thigh.

Bale’s time in Spain had appeared to be over whilst Zinedine Zidane was in charge, and the Welsh star spent last season on loan at Tottenham Hotspur, where he made 20 Premier League appearances.

Upon his return this summer, reports suggested Bale would see out the remainder of his contract until the end of the season, with a shock retirement from football completely suggested as well.

However, Ancelotti has shown his faith in the forward and he has repaid that with a promising start to the season, including a goal away to Levante for his club, and a hat-trick for Wales during international duty.