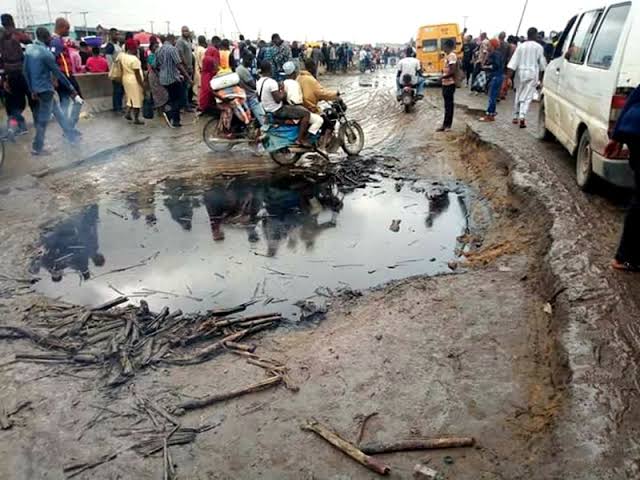 The Concerned Indigenes of Badagry Living in Abuja (CIBLA) has condemned the infrastructural and political neglect of the ancient town over the years, describing the state of roads as pitiable.

Toviho Monday, the leader of CIBLA in Abuja, said this at a news conference on Thursday, adding that Badagry people should not be ignored as they are still Nigerians.

Toviho said that the inhabitants and visitors to Badagry have been in severe pains over the neglect suffered from both the Federal and state government.

He said that the historical town with great tourism potential is now a shadow of itself, stressing that it has been neglected politically, socio-economically and in terms of infrastructural development.

According to Toviho, the Lagos-Badagry Expressway has become an international embarrassment, as government is not doing anything to address the menace.

“Instead, the 28-kilometre road from Agbara to Badagry roundabout has been proliferated by checkpoints that serve as extortion and harassment points for security agencies.

“It is laughable seeing commercial motorists being given numbers as receipt for their payments at checkpoints thereby causing hike in transport fare,” he said.

Toviho said that the Lagos-Badagry Expressway is the Nigerian section of the Trans-West African Coastal Highway and was constructed in 1975 by the then military government of General Yakubu Gowon.

He said that the road had a life span of 35 years which expired in 2010, adding that the expressway is now a nightmare.

“One wonders if Badagry is really part of Nigeria with so many inhumane treatments by the government to our people,” Toviho said.

The leader of CIBLA also expressed worry over neglect by the state government of abandoned projects in the town without necessary attention.

Toviho appealed to the federal and state governments to urgently ensure the speedy rehabilitation of Lagos-Badagry Expressway to ease movement.

He called on Lagos state Governor, Babajide Sanwoolu to ensure that Badagry indigenes are adequately represented in his cabinet and other viable positions in the state.

According to Toviho, the people of Badagry can no longer take the back seat in the governance of Lagos State.