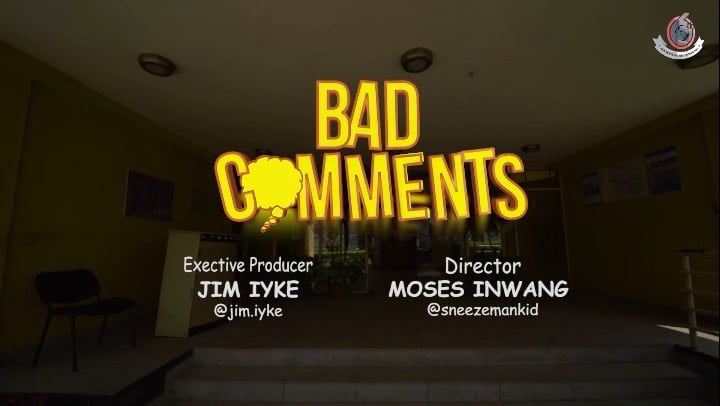 The private showcase of a new movie by Nollywood star, Jim Iyke, was held on Monday at the serene Ebonylife Cinemas, Victoria Island, Lagos.

In Bad Comments, a semi-star studded Nollywood movie which is an excellent depiction of the progress the Nollywood film industry is making, Jim Iyke, in an acting masterpiece, plays the role of Frank Orji, a Nollywood actor living the ideal celebrity lifestyle, being the biggest star in the industry.

A defining moment in his career came when he had to use a commercial flight instead of his usual private jet for a trip and was infuriated by a passenger who kept bugging him about how his fame was fake.

The face-off got violent and in the process, an old man got shoved, a video was taken of the moment and posted on social media platforms.

Seeming like the opportunity online trolls have been waiting for to get dirt on him, they swung into action, got the video doctored to make the face look more violent than it was, and capitalised on the moment to mar his easy-going nature.

From then onward, his career began deteriorating.

He fell into depression, became a shadow of his former self and eventually made a resolution to go after the major trolls responsible for his condition.

Osas Ighodaro played the role of Frank’s proficient Personal Assistant, who always stood by him, stayed by him when everyone forsook and denied all affiliation with him.

And when Frank resolved to go after the major online trolls responsible for his pitiable career deterioration, she put a team together to identify and target them, not knowing she had more up her sleeve.

It is a true life story developed into a movie from the brilliant minds of Iyke and Moses Inyang that bares the contempt, hatred and jealousy celebrities have to go through daily and how just a moment can be used to define and tag their personalities, not excusing their humanity.

Speaking on the motivation and inspiration for the movie, Inyang said it was the situation of one of the biggest Nollywood stars that fell into depression because of the “Bad comments” on social media targeted towards him.

Iyke confirmed it, adding that the need to make a statement and represent how everyone actually feels made him tell the relatable story from his point of view.

The showcase was well applauded by all present and critics admitted the movie is a step up from the regular Nollywood.

The movie is a masterpiece with elements of comedy, action and emotion set to be released cinemas in two months.